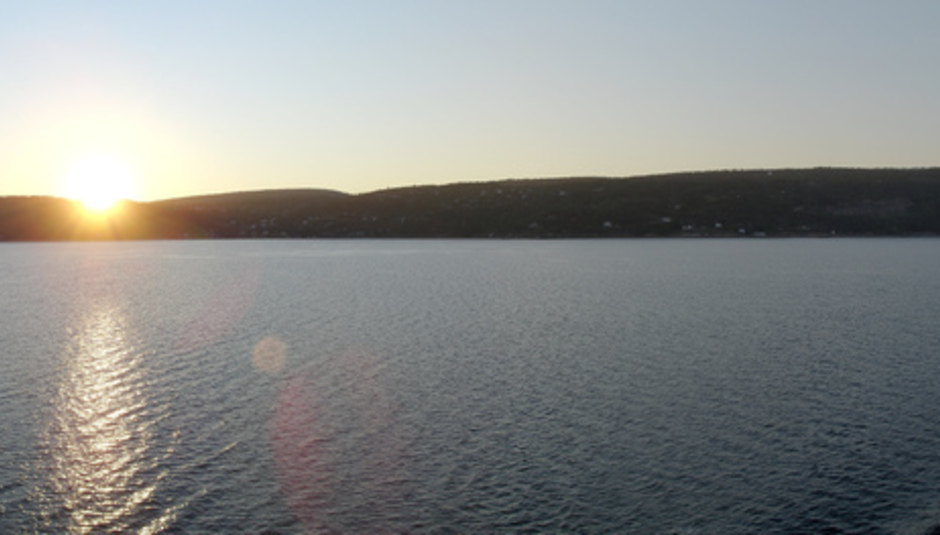 So, why run a week of Nordic music to look back over the past ten years? Well, aside from being a Nordic fetishist, this series gives us a chance to look at the diversity within a geographical area and, in particular, one which has been such a deep well of significant quality over the past decade. This is worth celebrating, and we thought we'd take the next two weeks to show you why.

Four years ago, on our sixth birthday, we chose a Top 66 of albums that had been released during our existence and numbered them accordingly. There was a lot packed into those years. But what album headed up the list? Of course, it was Björk's Vespertine, which was described by former DiS editor Mike Diver as “an album of fantastic escapism, one that lifts its audience above and beyond the mundane routine of their existence, unlike anything its maker has unleashed upon her public before or since its 2001 birth”. So much has happened since then, perhaps nothing more prominent for Icelandic music than the rise and further rise of Jónsi, George, Orri and Kjartan, otherwise known as Sigur Rós to stratospheric heights. Their first post-2000 album, ( ) has been revisited by Alexander Tudor in some depth - a landmark Icelandic album if there ever was one. More on that here.

It's impossible to look at any of the constituent countries and feel a necessity to lump them in together with one thing or another. Sure, there are similarities and shared characteristics between many Nordic music-makers but the sense of being and relevance comes from smaller units within towns and cities. How can you overlook the importance of the "Bergen Wave", with now long-enduring groups like Röyksopp and Kings of Convinence associated with it, along with others like Bjørn Torske (the Codfather) and pop princess Annie? For that reason, we've got Röyksopp to make us a Bergen mix, 2000-2010.

Whilst it would be misleading to say that any of the constituent countries "specialise" in any one genre, it's necessary to at least recognise the reputations of genre each has, partly so we can look at whether the assumptions ring true and also so we can either dismiss them or look around and outside of this. See, for instance, Norwegian black metal, Swedish indie-pop and that “glacial” Icelandic stuff. Yes, they all exist for a reason but, y'know, Fever Ray is about as far away from the spring-in-your-step crooning of Jens Lekman as you can get. Although in many ways Lekman exhibits a creepiness exceeding that of Andersen. Plus, it's almost certainly more of a thing not to sound like Sigur Rós if you're in a band from Iceland. See: Retro Stefson.

Grouping such diversity all under the term “Nordic” is a bit reductive but the labelling just about does the job and, besides, I hope that the coverage in this series reflects the aforementioned variety. Even The Faroe Islands (population: less than 50,000) can't be overlooked, certainly not with Teitur's wonderful and morose 2009 album The Singer. That said, we couldn't look at Nordic aural treats without some metal, and The Quietus editor John Doran will present his picks of the decade (with some extreme sonic noise...) in due course. In other genre-focused pieces, we'll have Rory Gibb giving a run-down of the relatively new phenomenon (and best-named genre since Aquacrunk...) in Skweee. That's with 3 “e”s, by the way.

The aim is as much to look over the hidden gems to emerge as well as the obvious choices, of which there are many. Many promising names and albums continued arriving throughout the decade and the future looks to be on an ever-extending upward curve, too with fresher acts like Lykke Li, JJ, Serena-Maneesh, Cats On Fire, Olafur Arnalds and Hjaltalin all deserving of success if not destined for it. We look at the reasons behind this, speaking to Music Export Norway as to why they think the perception of Norwegian music abroad has changed dramatically since 2000, where it's all heading to and why they decided to join forces with the other expert embassies to create a monthly showcase of Nordic talent in London.

As well as being a retrospective of the 2000s, noughties or whatevers, we'll also look to the future as you can only do, as well as the present - it is Iceland Airwaves this week after all! The aim of this series is not to create and register a complete account of the best, greatest and most popular Nordic artists of the 00s – such a task could take a whole year – but to merely highlight some of it. Yet, with the advent of the music export embassies set up in the various countries, it's also worth looking forward, with music from the area nations still very much on the ascendent in terms of reach. So, whilst there will be plenty looking at the developments and highlights thrown at us from these Northern types in recent times, there will be a few pieces ranging from firmly to loosely associated with the series focusing on the current, too with interviews from stalwarts Röyksopp and The Concretes along with a couple of newer faces.

And finally, we've also somewhat hijacked the idea of the “favourite 50” and asked some of the most prominent and best artists from Norway, Denmark, Sweden, Finland and Iceland to write about their favourite releases of the past decade, relevant to their country of origin. There'll also be some staff picks. You'll probably see some familiar records but the hope is also that there'll be new, previously unheard to your ears albums too. That is the aim, in any case. There will be playlists, too!

Keep up to date with 10 Years Of Nordic here.