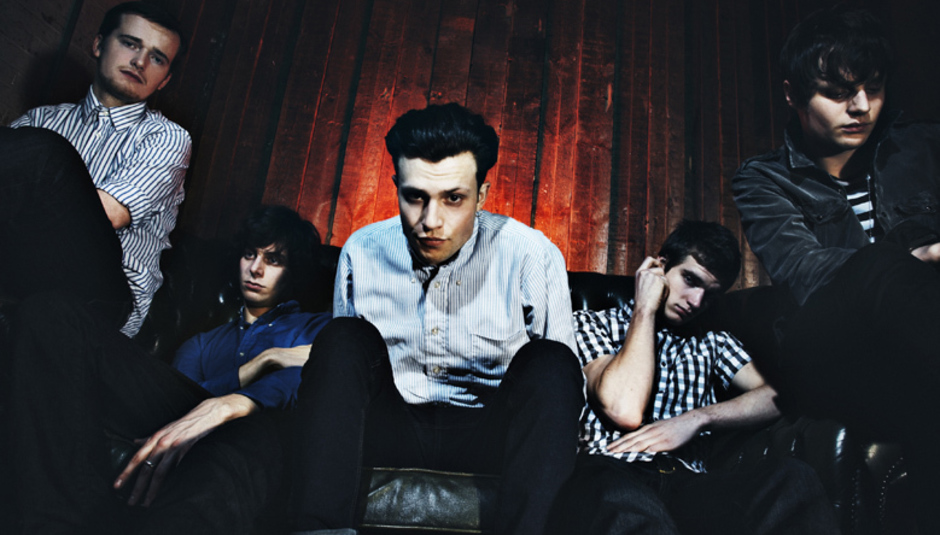 From the previous favourite fives from Rolo Tomassi, The Veils, Girls, Marina and the Diamonds and Battles you've hopefully caught up with what this feature about.

Now comes the turn of Felix White from The Maccabees. The Brighton-based lads (who you may have caught way back in 2006 at DiS' 6 Tips for 2006?!) have had one helluva year, riding a wave of critical acclaim for their darker, grander and some might say Arcade Fierier, second album Wall of Arms. Yet, things haven't even peaked for them with this record, as they'll be headlining the NME tour in Jan/Feb 2010.

Felix White from The Maccabees’ Favourite Five Albums of 2009

We knew that this would be one of the best record of the year and it definitely is. The best thing I've found bout it is that there is constantly stuff to find the more you listen to it, which isn't easy to do whilst making such direct music. 'Sticks 'n' Stones' is a great single and I love '368' and 'Earth Wind and Fire'.

This is an incredible record, probably his best. All the songs are absolutely class, an art in simple yet grand songwriting and producing. It's the perfect record to go to sleep to, it put's you in a safe place no matter what car park or motorway your bus is parked on tour. Only thing is I always get woken up when the big bit comes in half way through 'Soldier On'. His voice has this innate skill of filling everything yet it never feels like he is over-singing anything, it just subtlely wraps you up. A beautiful album.

I came across this re-release in Rounder records in Brighton and bought it just because I liked the cover and thought they must be worth listening to if Weezer had gone to all the effort of identically ripping the artwork off! And fortunately, it turned out I love the record itself. They are obviously one of the post-punk groups that have been overlooked - well, I'd never heard of them anyway.

The first song is genius - 'The Boy with Perpetual Nervousness' and there is a great cover of the Beatles 'Everybody's got something to hide except for me and my monkey' - which takes the riff and puts it in an almost more appropriate home. A record to sit alongside Modern Lovers, Richard Hell & the Voidoids, Television and Violent Femmes.

Mumford and Sons Sigh No More

They came on tour with us a couple of months before their record came out and we knew that everything would go great for them for the remainder of the year and next. I've only listened to the record a few times but production-wise I think it's the best it could have turned out - understated but with great performances and the parts that make your stomach jump live are still there on record.

Julian Casablancas Phrazes for the Young

This record makes it seem apparent that Julian was responsible for a lot of the sci-fi symbolism the Strokes used. We loved the almost movie-trailer advert for it that appeared online - Hugo especially is massively into the album so this one is for him. A great understanding of interesting arrangements and instrumentation but to proper pop songs. The Maccabees second album Wall of Arms is out now via Fiction. For more visit themaccabees.co.uk or follow them on Twitter.)

Favourite Five of 2009 from Grammatic...