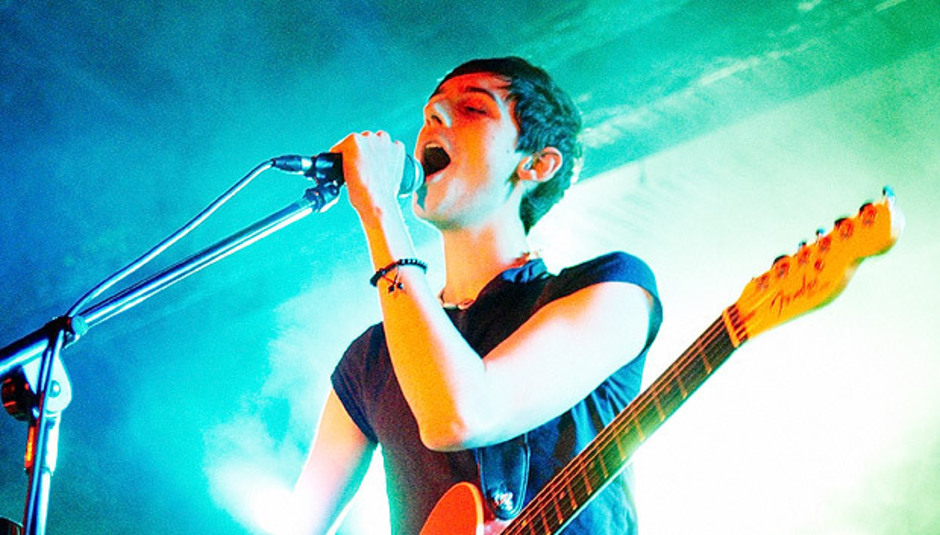 Earlier this year, Leeds-based outfit - and longtime DiS favourites - Grammatics released their self-titled debut album, which received a rather nice review on DiS back in March. They've subsequently toured and toured, most recently on the Bloctober tour with Bloc Party and picked up fans along the way. They end the year with Drowned in Sound shows in Manchester and Sheffield (tonight!), arranged by DiScover editor Rob Webb.

Favourite Five by Owen from Grammatics

'Doubtful Comforts' is probably my most listened to track of the year. We had the pleasure of being Laura's backing band for a live version she recorded for her new e.p. This accompanying 3D short film (blogged by Kanye West) is truly stunning too.

Future Of The Left Travels With Myself and Another

Falco's best tunes since 'Do Dallas'. You can hear the hypertension in the room and fret noise between guitar stabs on 'Arming Eritrea'.

Brent Knopf's Menomena side project. 'I Say Fever' is another most-played track of the year with creeping upright bar-piano touches, a huge noise breakdown and hushed vocals.

PJ Harvey & John Parish A Woman, A Man Walked By

PJ Harvey seems to do something great every other year but this record easily eclipses White Chalk in my eyes. 'Black Hearted Love' is Harvey and Parish doing what they do best, with a slightly lazy stones-esq groove and sonic youth guitar squalling.

An album I'd been anticipating for some a long time. I was slightly weirded-out by the production at first as there's some rough-sounding stuff here, especially in the drums, but the vintage synths that decorate ‘Pearl's Dream’, ‘Sleep Alone’ and ‘Daniel’ are a valid addition to Bat For Lashes sound. I didn't even realise that Scott Walker made a cameo until I listened to it at home...the splitter van we were using at the time only had one functioning speaker and Scott's voice is hard-panned to the other side.