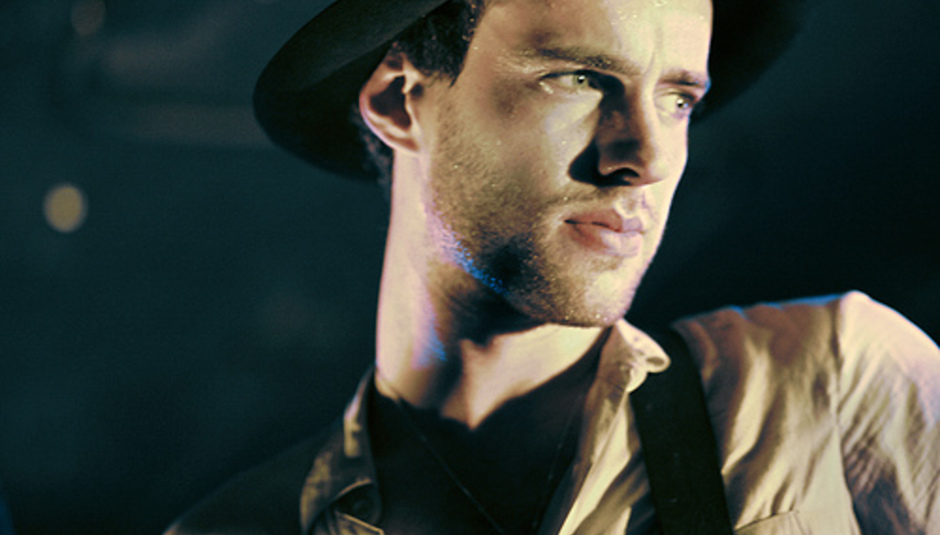 Finn Andrews, the lead singer, songwriter and driving force behind New Zealand's incredible AND incredibly under-rated The Veils (imagine Jeff Buckley, Tom Waits and Nick Cave wrestling in thorns covered in caramel), who released one of your humble editor's albums of the year, Sun Gangs. In fact, stop what you're doing and have a listen...

And whilst it's playing, have a read of Finn's favourite five albums of 2009...

Finn Andrews from The Veils

'I'll Be Arriving' is without doubt the song of the year for me. Elvis makes me feel that being alive and making music in 2009 might just be an honour indeed.

Doom is God. Best album cover of the year too. (see the cover and read the DiS review here)

New Zealand's finest have been dubbed "The Clean on crack" by some, though I think there's far more to them than that - they're the best live band out there and they've made a great record to match. Also they've the best drummer since Bonzo Bonham.

Don't Sell Your Brain Out, Baby (censored version) from Mint Chicks on Vimeo.

These songs would work in anyone's hands but in hers they are some of the maddest, saddest and unpredictable I've ever heard. Bjork digs it, as she bloody well should.

I'd like to see what would happen if just Mark Linkous and David Lynch made a record together, but this will tide me over until then. This concept got me interested in pairing more film makers with bands: Spielberg and Os Mutantes, Jarmusch and The Dead C, Wes Craven and The Venga Boys etc. It's a fun game anyone can play at home.