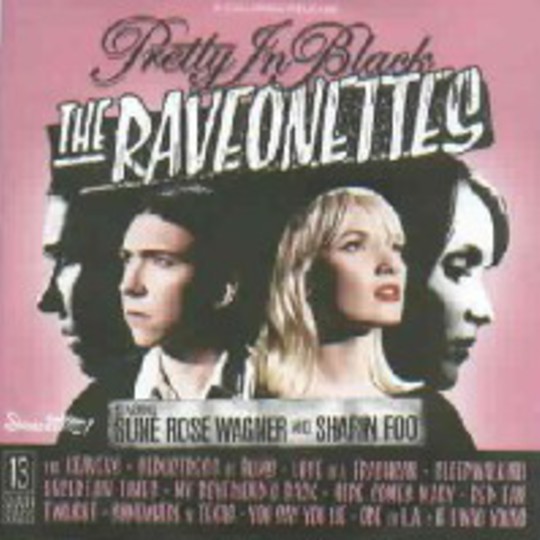 Three years ago before any thoughts of a second coming of a Mary Chain'n'Valentine influenced scene were washed over in Strokes clouded grey, something emerged at breakneck speed from the polite, tranquil confines of Copenhagen. And boy, did it cause more than a few ears to prick up.

What happened next, though, is a stark reminder of what can go wrong for any band stuck in the third album comfort zone (OK - so 'Whip It On' was technically an EP, but 8 songs in my eyes constitutes a long player). If their previous long player 'Chain Gang Of Love' hinted at a band destined for the staple diet cafeteria of the indie disco then 'Pretty In Black' sounds like a band who've spent the ensuing couple of years rummaging through mommy and daddy's record collection with the integrity of a 'Stars In Their Eyes' semi-finalist.

Let's just get one thing straight. Using your influences to create something new and exciting can be interpreted as genius. Plagiarising them and pilfering the best bits - in this case Ronnie Spector and Mo Tucker's carbon copy cameos of way back when - is just wrong, wrong, WRONG.

There are a few moments on this album that prove the Raveonettes haven't lost their edge completely, such as the dirty psyche blues of 'Sleepwalking' and the jingly-jangly fast forward from '66 to '86 strum of 'You Say You Lie'. Add to that the Duane Eddy-like backbeat of 'Love In A Trashcan' and haunting melancholia of 'Somewhere In Texas' and you have a decent four track EP.

The rest of the record though slips between sixties girl band pastiche ('Ode To L.A.', 'Seductress Of Burns' and a pointless cover of The Angels' 'My Boyfriend's Back' that isn't a patch on Alice Donut's rewrite of the original) and meandering sloppiness ('The Heavens', 'Here Comes Mary') that starts off in the middle of nowhere and ends up in the back of beyond.

To call 'Pretty In Black' disappointing would be an understatement in the least, particularly for a band whose delivery has matched their promise over their previous releases. Here's hoping the next record sees a true return to form, or pig farming in Odense may be the next step in their careers.