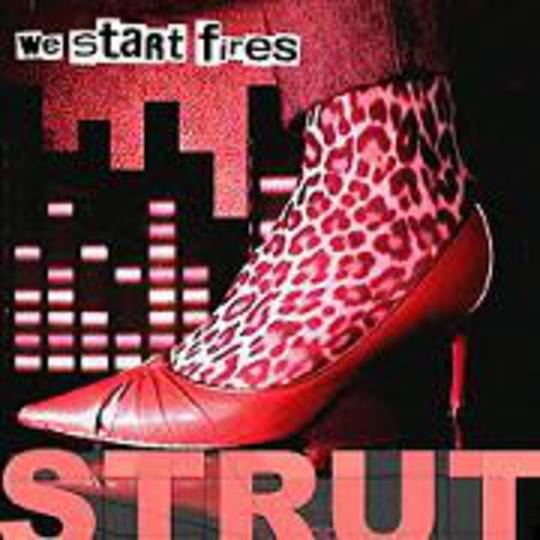 All guns blazing electro-indie-punk outfit We Start Fires have finally got round to releasing their First Single Proper... and it's a corker. More ballsy than previous releases (a change in production rather than songwriting technique, I believe) this slab of racy red vinyl is a two-songs-in-five-minutes blast of keyboard laced and tune heavy stiletto punk rock riot grrl thrills.

And that's not "thrills" as in "easy shorthand for ‘exciting music'" (although that too would be valid, these songs being as they are possessed of a rollercoaster's uncompromising, breakneck forward-hurtle qualities). That's thrilling like the vitality humming through the veins of those who've forgotten their fear of the future's uncertainty for long enough to taste the promise, the limitless possibility, inherent in that uncertainty. It has the desperation-tinged drive of those who've taken on the responsibility for their own damn destiny, who're sick of waiting for their name to be called and are determined to dictate the shape of their future themselves; it has the exhilarating, terror-edged vertigo of the realisation that you have to make your own fate - which means that your time has to be now, because otherwise that realisation means nothing.

And that doesn't mean, necessarily, that this single is a political statement or a philosophical tract - in fact, it's far from it. But its life and vitality and urgency are, I feel, statement enough. This record's medium is the message, and it desperately deserves to be heard.