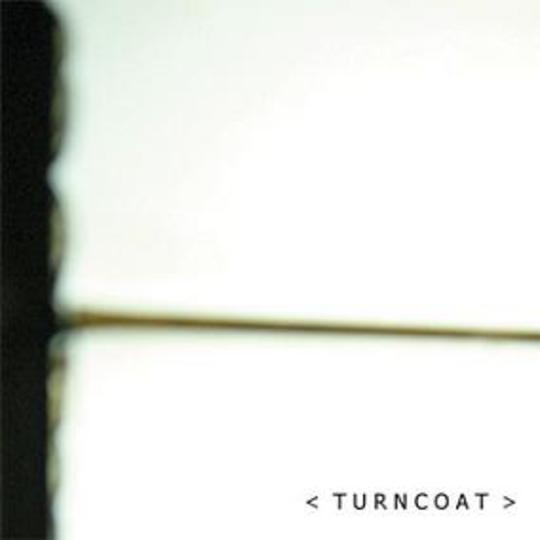 Given the state of Royal Mail, it's unlikely that four horsemen popped this single through the DiS letterbox. Shame, because the apocalyptic coda of 'At A Window' manages to make War Of The Worlds look like Mary Poppins. Cor blimey, it's loike the end of the world me old china.

Containing enough grit throughout to cover an iced-over M25, it is when Turncoat morph from their dark, Interpol moodiness to a dark, 65 Days moodiness that they really earn their salt and melt our hearts. This is all despite some unbelievably jarring lines. Example? "I'm wanna find my way outside, and think about her beautiful eyes and lips and hair." The writer of 'Heads, Shoulders, Knees And Toes' must be spinning in his grave at the cheek of it. If indeed he is actually dead. Either way: he's pissed off.

Not that the rest of us should be at all annoyed, as although this record still doesn't quite recreate the band's onstage passion, this is something of a gem and b-side 'Absolute Zero' shows the strength of songs the Brighton five-piece posses. "This is unbelievable", they constantly sing. Not quite yet, but the end product is nigh.

If You Leave Me Now