Label: Devil in the Woods 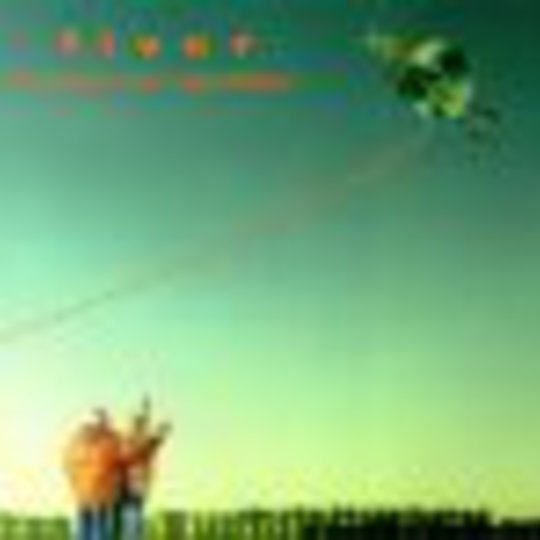 Strings For Satellites is the follow-up to Fiver's debut album, Eventually Something Cool Will Happen. Take a little peek at the DiS archives and you'll see that last year's offering earned itself a resounding 5/5, despite being described as ultimately 'quirky'. Now scroll down quickly and check my rating (like you haven't already). Done it? Fine, then either continue reading this review or just save yourself some time and place an order for the CD right now.

Now I'm not saying Fiver would suit everyone, but, frankly, they really should; and if I can convince a few people to give them a chance then I will. Why? Because this album is as close to perfect as any indie release can be, and if ever a scene needed a helping hand at rounding up some potential fans, it's indie rock in the early 21st Century. The likes of Coldplay and Alfie have almost completely succeeded in draining it of any real passion. Whereas once harmonious serenity and melancholy fervour were the driving forces of the genre, now bands as dull as Starsailor and Elbow find themselves being fast-tracked to commercial fame just because of their depressing attitudes and lifelessly hum-able guitar riffs.

Fiver, with a little help from local comrades Grandaddy, gently rekindle the melodic beauty of bands such as Pavement and The Smiths. The Devil is Undeniably Real echoes perfectly the kind of sound Radiohead wish they could still make. High-pitched, at times angelic, vocals combine with progressively more ardent drumming and shimmering guitar riffs, eventually culminating in a forceful yet dreamy explosion of chaotically co-ordinated noise. The entire song is a contradiction of terms, and it works perfectly. Whisper close the back door now, you will be home before they figure it out, fade in and out a simple, catchy keyboard sequence, and you've got three blissful minutes of rock genius. Absolutely stunning.

Though they lack the heavy feedback and powerful chords of Superchunk, Fiver confidently round up the album with the peaceful yet compelling instrumental Theme from Lo-down. Despite the music being so soft at times, not one song drifts into monotony territory. On top of this, the band have no shame whatsoever in casting aside the shackles of tradition, and actually being incredibly friendly, all-round nice guys. Their songs sound persistently chirpy, regardless of certain underlying lyrical glumness, and they even spare a thought for the neighbours of any Strings For Satellites owners by placing the note please enjoy through headphones on the inside sleeve. Look elsewhere for Coldplay clones, this is the real deal.