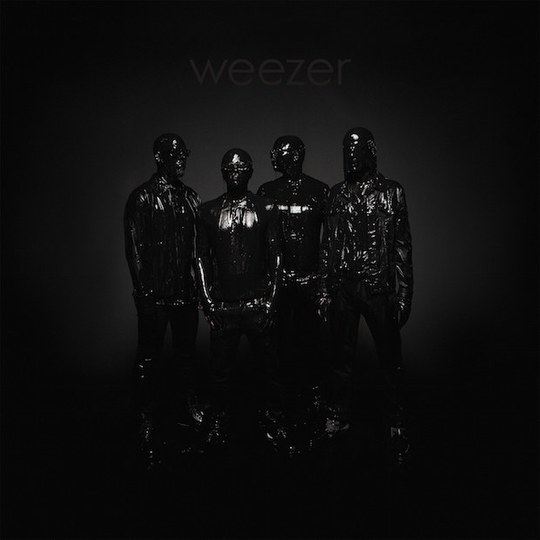 Weezer were easy to pin down once: heralded as power pop geniuses in 1994, they were the kings of disappointment by 2005 and the butt of every joke by 2010. Even their recent renaissance period was dismissed by those whose patience had worn thin. And when a ‘super dark’ counterpart to Weezer (White Album) (2016) – intriguingly teased as Weezer (Black Album) – suffered several delays that saw Pacific Daydream (2017) meekly offered up instead, those reluctant to herald any resurgence felt justified.

But then something remarkable happened: Weezer answered the call of a Twitter campaign begging them to cover Toto’s ‘Africa’. Suddenly they had their first Billboard hit for a decade, Leslie Jones and Matt Damon debated their post-millennium output on Saturday Night Live, and surprise covers album Weezer (Teal Album) (2019) rocketed up the charts. Frontman Rivers Cuomo has always understood the value of virality, but this was beyond his wildest meme dreams.Black Album had its marketing campaign completed without lifting a finger. Try pinning Weezer down now.

Cuomo conceded recently that ‘Africa’s success put the original Black Album on hold – the final version is ‘much cooler’, he says, and he might well be correct. Weezer fans remain fearful of the band’s frustrating habit of substituting encouraging demos with underwhelming replacements, but despite the implied changes, Black is an effective counterpart to White and a worthy refresher for the California four-piece. Where White found comforting nostalgia in grungy power pop guitars and hazy Santa Monica beaches, Black is a polished pop product itching to escape the urbanised commotion of Los Angeles nights.

The video for ‘Can’t Knock the Hustle’ consolidates this imagery, portraying Pete Wentz’s terrible Lyft experience. And guided by the assured hands of TV on the Radio’s Dave Sitek, Weezer enter new territory armed with synthetic funk-pop basslines, frenetic drum patterns, and Mariachi brass hooks. It bustles and chatters incessantly with Cuomo atop the furore, stressing over Internet clout (“Leave a five-star review and I’ll leave you one too”). And though it may lack the instant appeal of Black’s lead single, ‘Too Many Thoughts in My Head’ is a restless, funked-up pastiche that deals with media saturation and FOMO too – Rivers is “overwhelmed by Netflix options”, isolated and bewildered by an increasingly saturated and digitised twenty-first-century.

Weezer have dropped their successful formula in search for wider audiences before, but Raditude (2009) and ‘Feels Like Summer’ (2017) both missed the pop chart curve and were hideously out of character. On Black, they have their finger a little closer to the pulse. Legacy acts tend to view the web and social media as frivolous oddities and wind up looking like dismissive outsiders, but Weezer have always been integrated. The video for ‘Buddy Holly’ was available on the install CD for Windows 95, the ‘Pork & Beans’ video starred viral sensations before we had the terminology to describe them, and Cuomo seems to live on Snapchat – this is a world they understand and know how to critique.

Black’s highpoint, the melancholy, piano-driven sorrow of ‘High as a Kite’, proves this. A rumoured working title for Black was Invasion of Privacy, and this concise, despondent lament recognises an upsetting truth: the outside world has occupied our hiding places our pre-Google ownership YouTube videos, our garages and the only remaining escape for Cuomo is to “vanish into the atmosphere”. The rest of the band reintroduce the familiarity of fuzzy guitar harmonies behind him, but the tone remains strikingly mournful. It’s the closest we get to ‘classic Weezer’, but Sitek wisely keeps the old days at arm’s length – a comfortable dash of polish keeps it in step with its surroundings. ‘Zombie Bastards’ is approached similarly, with Cuomo employing upstroke acoustic earworm hooks to confront encroaching forces ("Die, die, you zombie bastards").

A consequence of Weezer’s bold stylistic excursions on Black are the occasional missteps. ‘Living in L.A.’ is an up-tempo radio hit in waiting but it’s uncomfortably sewn together by tired studio gimmicks. ‘I’m Just Being Honest’ is satisfactory but somewhat dispassionate arena-sized pop rock. Closer ‘California Snow’ is a bizarrely brash electropop entry to the Weezer canon that only Rivers Cuomo understands. Despite a handful of misfires, however, Black’s thematic iscipline allows Weezer’s steps in to new territory to be confident ones. Cuomo apparently relied on his Excel archive for inspiration, but building around a topic he understands gives him, and Black, focus and direction.

Collaborating with Dave Sitek has allowed Weezer to update themselves stylistically and sonically in an unanticipated manner. Their recent uptick in form had been supported by successfully channelled home comforts, but on Black they sound fully invested into exploring, and more than capable of handling, a new pop sound. This is a unique addition to Weezer’s discography that sees them preparing for the future, however bleak and overwhelming it might seem.