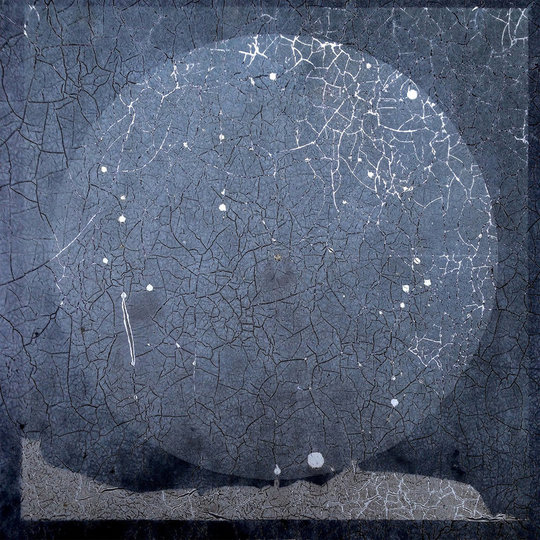 The Mountain Forces the Future, and the Force Causes the Rain begins beautifully, and rarely lets up from there. “Before the storm comes you’ll see the dancers”, sings Mi Mye vocalist and chief songwriter Jamie Lockhart. Lockhart hails from the north coast of Scotland, and so one can intuit that this opening line might well be a reference to the sight of the Northern Lights, often referred to colloquially in that part of the world as ‘the merry dancers’. For an album that, in its very title, carries a meteorological theme, it would appear an appropriate way to start.

Mi Mye are based in West Yorkshire (in Leeds and Wakefield) to be precise, but Lockhart’s presence at the helm does make them sound very Scottish. The band’s sound is reminiscent of several distinguished acts from north of the border who have made their name through a mix of wistful folk and subdued indie rock: Admiral Fallow, Broken Records, the eternally missed Frightened Rabbit, mid-period Idlewild, and the great troubadour King Creosote. Like each of those bands Mi Mye are subtle. The best moments here appear to unfold almost at half-speed. The glorious slow dance chamber pop of ‘On a Beach’, carried by a frail yet uncannily powerful melody, is a case in point.

The pace and instrumental palates here are consistent, but never one-dimensional. The shimmering, spindly guitar-led ‘Your Left Side’ is loosely comparable to The National, especially the various gloriously low-key highlights from last year’s Sleep Well Beast. ‘If You Draw a Diamond’ glows softly like late period piano led Bright Eyes, with each solemn chord echoing into the distance. ‘The First Waltz’ features lead vocals from Emily Ingham (also of fellow underrated West Yorkshire troupe Crake), and sparkles with the same gentle melancholy as the best moments from spring’s brilliant Adrian Moffat and RM Hubbert collaboration (which benefited from guest vocal appearances by Siobhan Wilson). Closer ‘That Night in Thurso’ is, appropriately, the album’s peak. It’s a soaring meditation on belonging that culminates in a thrilling (but suitably understated) group vocal crescendo, the liberating culmination of all the album’s hard graft.

The Mountain Forces the Future… is Mi Mye’s fifth album, but the others seem to have disappeared into the overcrowded musical ether quicker than they deserved. At their best Mi Mye offer subtly contemplative, emotive music that grows in stature with each listen. One can only hope that this record is something at least approaching a breakthrough.