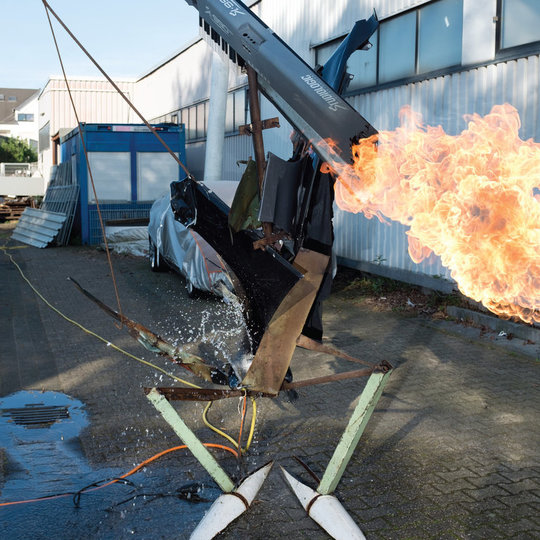 It is often assumed, falsely, that great solo artists are those who struggle to work with other people. This often provides a myth of independence that comes to overshadow the importance of external contributions to the work of such individuals. Tim Hecker, the Canadian experimental composer who has risen to become possibly the most famous contemporary ‘ambient’ artist, provides a case in point. Here is an artist most listeners would struggle to imagine as part of a group (Hecker’s 2012 collaborative record with Daniel Lopatin – aka. Oneohtrix Point Never – might be the most commonly overlooked record in his discography) and yet recent Hecker records have seen him dependent upon musical ensembles.

On 2013’s stunning, and at times jarring, Virgins, saw Hecker build around the work of a small collective of orchestral musicians. On 2016’s beautiful Love Streams, Hecker tore up choral before putting them back together again, in the process creating one of his most startlingly alive records to date. This was a far cry from much of the Canadian’s early work, which occasionally felt purposefully dulled, making the inanity of the everyday seem captivating through its transformation into electronic sound.

Hecker’s collaborators on Virgins and Love Streams were largely Icelandic, or based in Iceland, and included the great Jóhann Jóhannsson, who sadly passed away earlier this year. Konoyo sees Hecker turn to Japan for inspiration, albeit largely thanks to Jóhannsson, who introduced Hecker to gagaku, a form of ancient Japanese court music. Impressed by the powerful restraint of gagaku performances, Hecker has produced Konoyo with the collaboration of specialist musicians.

The result is simultaneously quintessential Hecker and yet something completely different from his previous work. Gagaku music itself is music of the elite, traditionally made and performed for Emperors, yet Konoyo often feels so sonically comprehensive as to make such a tie appear faintly ridiculous. Opener ‘This Life’ provides an enormous, all-consuming canvas upon which Hecker drops flashes of squalling melody. It’s beautiful and vaguely terrifying at the same time. Moreover, like all of Hecker’s best work, it feels like a genuine soundtrack for the times, capturing adeptly the dystopian sense of being adrift in a landscape in constant transformation. This is music that is strangely accessible not in what it does musically but in its uncanny ability to mirror the disorientation that surrounds us all on a daily basis.

The weaving of acoustic sounds into the mix here is done even more impressively than on Virgins or Love Streams. It is obvious that, when recording the album, Hecker engaged in a real dialogue with the gagaku ensemble he worked with. Rather than a slightly dubious ethnographic exercise, Konoyo works as an unusual, but nonetheless genuine, meeting of musical styles. At its best – on ‘A Sodium Codec Haze’, for example – Konoyo exists as a glorious symphony that brings together the starkness of electronic experimentation and the human warmth of traditional acoustics into an astonishing whole.

As ever with Hecker, essential listening.