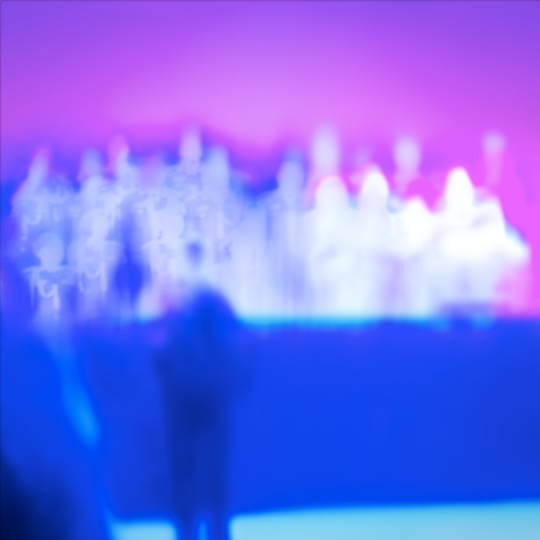 We have reached the point where a new Tim Hecker album is an event, rather than simply another entry into overly crowded release schedules. Now signed to 4AD – surely the epitome of independent label as indie royalty – Canadian sound artist Hecker is finally ready to unveil Love Streams, his eighth studio album and first since 2013’s Virgins.

Virgins was deceptive, comfortably managing to be Hecker’s most concrete and forceful record to date whilst simultaneously featuring his most in-depth exploration yet of the manipulation of acoustic sound. Recorded with the aid of a group of orchestral musicians, three years on from its release it can be seen to have represented a fundamental re-orientation of Hecker’s creative strategies. Hecker built his career on records that sounded eerily complete, as if they had arrived fully formed. On 2011’s Ravedeath 1972 this approach reached its heady zenith, with an album that on re-listening today sounds almost too perfect, from its most glacial drone underpinnings to its surface noise crackle finery. Virgins, then, may be cast as the beginning of something consciously new and different: of records that are consciously cracked, maybe even broken, that are eerie and atmospheric because of their lingering sense that they are unfinished (or rather impossible to finish).

It should be little surprise, therefore, to learn that Love Streams is an extremely elusive record. It’s a collision of interconnected – but still consciously disconnected – sounds, running the gamut from cavernous bass to operatic vocals. Hecker has made his name through an ability to craft dense sonic textures that merge into one another, but here these varied sound sources are frequently arranged in a labyrinthine maze of contrasts. This has the odd impact of both accentuating and hiding their presence. The prominent use of vocals, for example – derived from a variety of settings, including contemporary arrangements provided by Jóhann Jóhannsson – is obvious, but at the same time feels strangely abstracted from the electronic bedrock of this record. We are used to not being able to consciously pick apart the sounds on a Tim Hecker LP. However, on Love Streams the myriad of sound sources are frequently individually discernible. Hecker’s typical emphasis on digital processing may largely render them unidentifiable but we are constantly being reminded here of their (almost spectral) presence.

One thing this is definitely not is 'ambient music'. Taken in the most classical sense, ambient is music that highlights tone and atmosphere. Love Streams puts plenty of focus on both of these, but it is more strictly concerned with structure and technique. This may make it sound worryingly like an academic exercise – Hecker does have a PhD after all – but one need not fear. This is simply the logical next step in Hecker’s evolution as an artist. There is such an overwhelming abundance of sounds on this album that rather than being able to sit back and absorb Love Streams one is practically forces to engage with it and its multi-faceted complexities.

Despite this, at times Love Streams is astonishingly direct. In fact it could be considered the most instantly memorable and accessible album Hecker has made since Haunt Me, Haunt Me, Do It Again. The flickering arpeggio introduction to ‘Obsidian Counterpoint’ is a case in point, as are the astonishing sea of layered vocals that dominates ‘Music of the Air’ and the gorgeous retro synth patterns that open ‘Collapse Sonata’. There is also a harder edged depth to these recordings that leads to brief bursts of jaw-dropping, and highly emotive, intensity on the Ligeti-esque ‘Violet Monumental I’ and the deeply beautiful ‘Castrati Stack’.

Closer ‘Black Phase’ is this approach taken into overdrive. It is the closest a Hecker album has ever come to hara-kiri as, over the course of six minutes, Hecker’s collated soundscapes seem to wrestle philosophically with the concept of their own destruction. In a sense, it is representative of Love Streams gradual (and, I believe, deliberate) burn-out. Hecker ekes every last drop of spiritual energy out of his subjects on this album, much like John Cassavetes does in the film after which this album is named, and by the end we are effectively left with only a crumbling husk. In itself, this serves as testament to Hecker’s ever more potent ability to make music that feels alive, that is successful on both a physical and mental level.