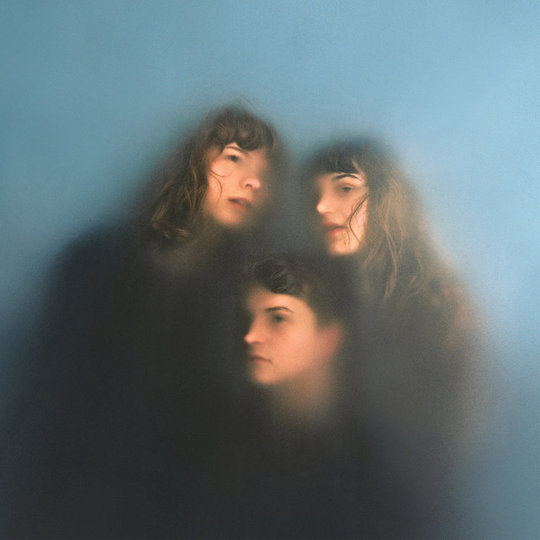 Firstly she is a member of Our Girl. This London/Brighton trio have released a slew of flawless EPs and singles since forming four years ago. It’s safe to say that their music contains exquisite melodies, and a wall of feedback, strong enough to make you addicted to their brand of fuzzed out guitars and harmonies.

Secondly Nathan is part of The Big Moon, whose debut album ‘Love in the 4th Dimension’ was was a high water mark of 2017, and received a nomination for the Mercury Prize. What separates the two bands is attitude and style. The Big Moon are delicate and thought provoking. Their songs never impose upon you. Our Girl, on the other hand, are an all-consuming force of nature that switch from commonplace observations to raging ballads about first meetings and nights in.

Thirdly, and most importantly, Our Girl have released their debut album Stranger Today. This is a record that has been rumoured for a while and had a load of hype levelled at it. But it not only lives up to it, but it surpasses it. This is even more impressive considering that the band doesn’t have a lot of time to write, practice and record as other bands, see above; jobs and life get in the way of the creative process.

Stranger Today opens with ‘Our Girl’. After a psych influenced intro, a blistering guitar and tight rhythm section courtesy of Lauren Wilson and Josh Tyler explodes from the speakers. As the song winds and skews you are gently pulled in to the band's skew-whiff and fuzzy world view. ‘Being Around’ is up next, chugging guitars and husky vocals are the order of the day before, possible, the guitar riff of the album erupts, shaking the song to its core.

‘In My Head’ follows suit with its baggy rhythms and huge sing-a-long chorus, and faster and faster outro. ‘I Really Like It’ is the first indication that Our Girl can write pop infused songs with its catchy verse/chorus/verse set-up and a captivating guitar riff to boot.

The real power of Stranger Today is the connection between Nathan and her guitar. At times they are pulling against each other. Nathan croons softly and gently, while it sounds like she’s torturing her instrument and effects pedals. Then a moment later, they are both in unison and everything around you loses perspective and fades into background. This is evident in ‘Josephine’. The vocals are emotive and visceral, and the guitar matches, until its elongated and lurid outro starts up. This feels like a classic end of album wig out, but you then realise its only track five, and there are six more left. You immediately question, and get excited about, what’s still to come.

Each track hits you like a beautiful wave. As the songs build, their current pulls you under; if they want to pummel you, there is very little you can do. If they want to give you a slightly melodic respite to catch your breath, ‘Level’ and ‘Sub Rosa’, then you just go with it. ‘Two Life’ features one of the stand out moments on ‘Stranger Today’. A hypnotic riff builds and builds until it’s an all-consuming beast.

The six-minute ‘Boring’ closes the album. It not only delivers the goods, it unpacks the bags and puts them away for you. After Our Girl do what they do best, building a song up through layers, then stripping it back, only to build it up they deliver an incendiary riff that gently hypnotises. With a minute left the song starts to branch out into a new groove, and vibe. At one time it feels like there are two different songs vying for your attention, but instead of fighting against each other, they manage to coordinate and cooperate to create something utterly transfixing.

While Nathan is the star of the show, her glory wouldn’t be possible if Wilson and Tyler weren’t as tight as they are. Thanks to their restraint and solidity, Nathan is allowed the opportunity to do, pretty much, what she wants and it works. It’s the musical version of watching Thierry Henry or Dennis Bergkamp at their prime. They fit in with the team’s system and shape, but when needed they can go off on their own and win the game.

Stanger Today is the sound of a band doing what they want, knowing how to do it and, most importantly, having a blast doing it.