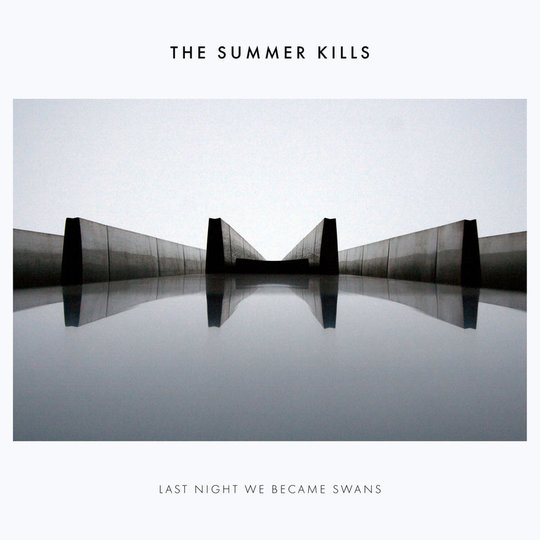 The band Hammock are one of the finest and most gloriously maturing institutions on the ambient music circuit. Marc Byrd and Andrew Thompson can do no wrong. Whether on albums of their own, the last of which, Mysterion, took things in a whole new direction for the duo, soundtracking films such as Columbus, or even recently supplying music for Far Cry 5, these two sculptors of sound are building a discography which will be looked back on in future generations as virtually unparalleled. And yet, a query has remained: what would Hammock sound like with the addition of vocals?

Last Night We Became Swans, the new project from The Summer Kills a collaboration between the band and Matthew Ryan, took seven years to bring to fruition . If you want an idea of what you're going to get when you bless your ears with 'Are You Awake' for the first time, you have a sense of what's coming. This is lovingly crafted music. Ryan's bruised and world-weary vocals are the perfect companion for the undulating, almost woozy soundscapes of the album's opening track, which gradually unfurls into an orchestral hug of a song. 'Stop' is a driving shoegaze epic. The plaintive cry of the chorus's “You gotta stop now, but you couldn't put it down, I took your heart from you, I couldn't quit”, whatever it might be referring to, is one of 2018's most emotive moments.

Too often, records come and go, barley registering on the scale of emotional impact or lasting in the memory. Not so with this album. The chiming guitars of the breezy 'Collide' might lull you into a sense of peace, but the keening persistence of “There is no tomorrow, only now, only now”, which soars atop the album's centre-piece of the same name and give it it's finest moment, cannot be denied. As Ryan repeats the phrase over and over, before completing it with “and somehow, we'll live forever tonight”, you can't help but believe him and wish you were in a field somewhere with thousands of strangers who might just be about to become your closest friends as you sing it together. A clarion call to all of us to make the most of each and every moment. We all need those sometimes.

Songs such as this one are built on sumptuous layers of guitar. Some chordal and chunky, some weaving and soaringly melodic. What is always so beautiful about the work that Hammock do, and which Ryan has contributed to on this occasion, is that it feels like each and every guitar sound and tone has been meticulously found and placed in harmony. It all just feels so right that you wonder why other artists aren't doing it, but it is to the credit of The Summer Kills that they are the ones who have crafted Last Night We Became Swans. That this driving rock tune is followed by 'Like New Year's Day', a mid-tempo slice of beauty and raw emotion, is indicative of the joy of this collaboration. Not to put too fine a point on it, this is a dream of an album.