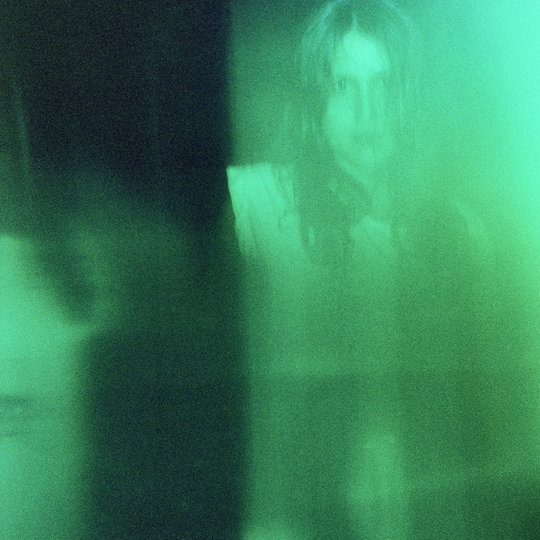 Helena Hauff is a German analog and modular nerd and DJ who specialises in oddball, krautrock-influenced wave and techno; otherwise known as 'Hauffist techno'. It’s a style that has no qualms with the more austere aesthetics of the less deadpan-techno scene. She may wear all black, but according to her, it’s so 'that you can’t see the tomato sauce stains.'

There’s a certain relaxed approach to her art, in which she has no qualms with the overall expectations of the music scene. As a DJ her mixing is not always the smoothest, as she likes to take risks, mix together different eras, styles and sounds - albeit ones that are still wavy, ravey, and fun. I last saw Hauff DJ at Dekmantel Festival two years ago playing back-to-back with Detroit electro legend DJ Stingray. As the masked-man executed tight, Bolt-paced mixes, Hauff watched from the back casually puffing on a cigarette thinking about her next move. When it was her turn, she would gradually ease into it, slightly changing the narrative, head thrashing as if each and every record had Oathbreaker-levels of intensity.

This provocative energy, and nonchalant authentic realism is what defines Hauff’s third LP. She’s so true to the underground, that her debut record was released on cassette only, before being recently made more accessible. Qualm is a record of analogue jams, squeaky modular synths, rhythm boxes, and drum machines; it’s a studio trainspotter’s dream, and the sound of someone at ease with all her gadgets, instruments and toys. It’s a series of precision jams; dexterous fun, and aloof technological artistry. It channels the spirt of Krautrock through the aesthetic of Underground Resistance, resonating in the grungy techno sounds of contemporary artisans. There are elements of today’s distorted techno sound, exemplified by artists such as Ron Morelli, Vatican Shadow and Parrish Smith on tracks such as 'Lifestyle Guru', and 'Hyper-Intelligent Genetically Enriched Cyborg'. It’s as if the red channel on the mixer is nothing more than a rag to a bull. During other moments, there are moments of melodic ingenuity, such as on 'It Was All Fields Around Here When I Was A Kid’, and album standout-title track 'Qualm'. These moments are reflective of early-year Warp greats such as Plaid and LFO. 'Qualm' also precedes 'No Qualms’, a track with thunderous bass-kicks, gentle ambient electro melodies, and space-wave swooshes that defines the Hauffist sound in its entirety.

Compared to earlier works, Qualm feels like a record that finds the German producer flexing her muscles. Going into the studio, checking the metronome, turning the red light on and pushing buttons until the sun rises. Earlier records have a moments of greater despondency, and esotericism - levels of deeper thought missing on this thunderous LP. But as the track titles allude to, for instance 'Fag Butts In The Fire Bucket', 'Barrow Boot Boys', this is not a record to look to deep into. Don’t expect any conceptual narratives and deeper meaning behind this. Qualm is a record of fiery, analogue experimentations and jams, executed by one of the most informed specialists in weird, retro gear and obscure electro rave. Hauff turns up the Hauffist sound up to ten. It might not be everyone’s cup of tea, but the kids in Berghain will love it.