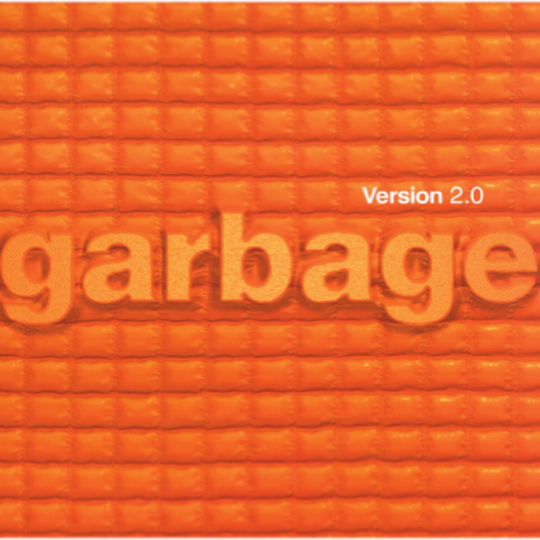 When I was 11 years old, the funniest thing in the world was mine and my mother’s own personal edits to the start of Garbage’s Version 2.0. I work very well with twisting around words, entering gaps where there shouldn’t be some – so, of course “I’ll tell you something, I am a wolf but I like to wear sheep’s clothing” became “I’ll tell you something, I am a WOLF BUTT” after which the second part of the line would be obscured by a cacophony of giggles as we laughed at our childish joke.

This should tell you two things; one - that Version 2.0 was played enough times for us to make it an in joke, and of course, it’s a formative album for me. And two – hearing that opening line 20 years later has a profoundly emotional effect. In a flash my entire young life as a misfit goth who hid in the toilets at break-time shivers, and the cool I ascended to from knowing the good bands in the final few months of school doesn’t seem that bad after all.

I am a wolf butt. This wolf grew up to learn how to use her teeth.

What can I saw then, 20 years later?! This effecting piece of music was my gateway into rock music. As a child I was never really interested in boy-bands, my sexuality is more on-the-side-of-girls-but-boys-are-okay-sometimes-too for that. A Nineties Shirley Manson provided a great conduit for my bubbling teen hormones, to want to be with someone was an urge I hadn’t quite identified, but it’s fair to say the strength, the fire and fury in Version 2.0 had a large hand in making me into the woman I am today.

It’s with fear then, that I step into this reissue. Will these songs hang together with the bile, the ennui, the lighthouse for my lost soul as they did before? After all, I had a few questionable parts of my musical childhood (Is that Queen of the Damned OST really that good?) and if Version 2.0 didn’t live up to the teenage hype in my mind then I had to admit, I’d be upset.

Luckily, opening bars. My skin bubbles up. Shirley’s growl is here, and it’s as glorious as it was before. The Wolf Butt comes and goes, an anthem to teen angst, the childish joke of my youth stripped back it’s still a love-letter to teen angst – or adult ‘what’s next?’. It makes me wonder, you know when you grow up and you realise that adults still don’t know what the fuck they’re doing? Yeah. Puberty would have been way less rough if someone had just told me that.

And so the album acts as both a sentinel of angry teen malaise and adult despair. Eleven… twenty one…. thirty one…. whatever. Anxiety and depression are still the same. Thing is I can eat (vegan, gf – my body is a traitor) cake in the bath now, so I think that makes me better? Either way, Version 2.0 is what I want to soundtrack my depressive days, then, and now, and forever more.

What strikes me is how many of these songs you’d end up humming if you challenged a mate to list the band’s best – from the mental-health exposition of ‘I Think I’m Paranoid’ to ‘Medication’ to ‘You Look So Fine’ . I could write an entire essay on how the core album content transposes itself to a modern parable, to our contemporary society, and to a lucid Garbage ‘best of’ ever so easily!

But this is a re-release. One that features nine (yes, nine – count ‘em) extra tracks from the Version 2.0 era, that somehow didn’t make the main album. ‘13x Forever’ is a distorted electronic prayer, a goodbye to a toxic lover – an elegy thick with time changes and empowers the digital rush of the early Nineties in music. ‘Lick the Pavement’ too, channels a decade irrevocably changed by The Matrix films. In ‘Deadwood’ we’re led in the dark through Pumpkins-esk riffs, whispered backing-vocals, and, I checked, you can pretty much humm ‘Ava Adore’ over the top without much trouble. ‘Get Busy With the Fizzy’ is a pre-curser to the jointy, discordant neo-cabaret piano genre that established itself around ten years later, carnivalesque – it spits it’s glitter across personal demons, shakes them out, gives you lipstick and a night where you can forget your troubles for a few small hours.

It’s not all electronic voices, distorted beats and catchy beats though – ‘Soldier Through This’ and an acoustic version of ‘Medication’ still pull forward the near-isolation that Manson spent the recording of the album in. If Version 2.0 plays through a perfect album, from start to finish – then so do these B-sides, complimentary and mirror in their intention.

All in all, if this were any other band, the B-sides could have easily made the A-side. But of course, this is Garbage, and these additions to Version 2.0 compliment the original recording – and they expand out on what is already a perfect beast to give further context and adoration to a momentous time in a young band’s life.