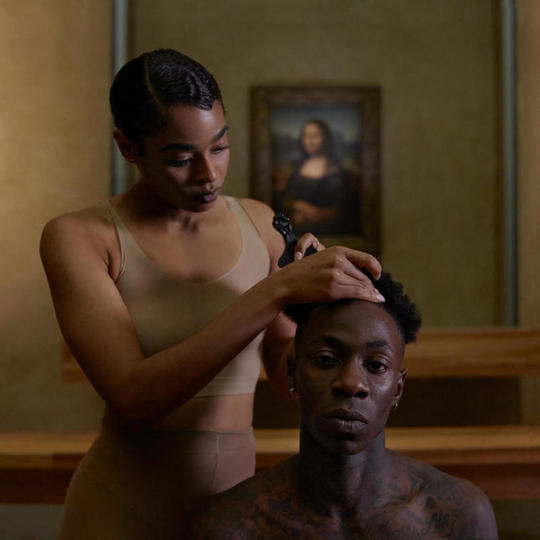 “No need to ask you heard about us/Already know you know about us”, sings Beyoncé over a plangent electric piano in ‘Heard About Us’. Despite being one of the most uncomplicated examples of celeb-style braggadocio on Everything Is Love, the debut album by Bey and Jay-Z as The Carters, the two verses get to the core of the matter: what is left to know about the Carters’ marital saga and their unchanging rep as the wealthiest and almightiest couple in the music business? Do they even need us to know more?

Artistically and thematically speaking, Beyoncé’s Lemonade and Jay-Z’s 4:44 were tough acts to follow. In Lemonade Beyoncé transformed the couple’s struggle with betrayal/trust into a gripping plot full of unexpected turns, sonic experimentations and powerful reflections on black womanhood and structural racism that linked the personal with the urgently political. Aided by No I.D.’s retro-tinged productions and acrobatic sampling work, 4:44 turned out to be Hov’s best record in years, not so much a response to Lemonade as an honest and reflective assessment of his achievements as a rapper, husband, father and ubiquitous businessman.

Furthermore, the two records exhausted, at least in part, the narrative potential behind their ‘family feud’: Lemonade concluded with forgiveness, while in 4:44, Jay-Z delivered his much-talked about apology to Beyoncé for his infidelity. With less drama to play around with, Everything Is Love sets out to document the vow renewal, ‘love wins’ phase of their marriage.

A handful of tracks happen to do so in hyper-congratulatory ways, stressing the central role played by wealth and ostentation in the economy of the record to rather exhausting effect. In contrast to the ominous, yet drowsy tones of ‘Heard About Us’, ‘Boss’ is a joyous, if ultimately tedious march, embellished by smooth choirs, spacious beats and celebratory horns, nothing in the way of the couple’s boastful considerations: “Got that dinero on my mind”, says B, “It’s disturbing what I gross”, synthesizes Jay-Z. Pharell helps the Carters translating this sense of directionless bragging in ‘Nice’, which he co-wrote and contributes a verse to. The song’s repetitive chants (“I can do anything, yeah” ) and its piano, tinkling in slow-motion, almost seem to exasperate the plenitude of the couple’s success, which, says Bey, can’t simply “be quantified”. For all their untouchability goals, the Carters’ delivery lacks enough vigour to keep the track afloat.

Luckily, in most of the tracks, the Carters recuperate a sense of purpose: when they do, they come out of their shell in great style. Breezy opener ‘Summer’ imagines a sex-fueled escape to a remote beach. Accompanied by a live band (featuring members of New York’s Daptone label) recreating a majestic Sixties soul feel, Beyoncé’s vocals are simply stunning: oscillating between the ethereal and the perturbed, they suggest an ambiguous feeling, much more mysterious than mere abandon. In his verse, Jay-Z helps us visualise the glorious trip (“I brought my sand to the beach”, “I don’t have no concept of time/Even with a rose gold Concept on me”), only to put luxury into perspective and reminisce about his fear of gunfights in the Marcy Projects in Brooklyn, where he grew up. In the triumphant closing track ‘Lovehappy’, Bey reprises the beach motive, overcoming her fears with hope ( “This beach ain’t always been no paradise/But nightmares only last one night”), but it’s her hilarious tradeoff with Jay-Z which stands out: “You fucked up the first stone, we have to get remarried”, “Lucky I ain’t kill you when I met that B…”

The fact that Everything Is Love leans more on the hip-hop side of things allows for the greatness of ‘Bey the rapper’ to not only show, but to just plain dominate the best tracks, from her cutting, auto-tuned reflections on the couple’s friends being better than yours on the twitchy, trap-oriented ‘Friends’, to her breakneck rhyming on the excellent ‘Apeshit’, where Offset and Quavo, credited as co-writers with Pharell, contribute their signature accents. On ‘713’, a hymn to Beyoncé’s Houston and the couple’s roots, her take on the chorus from Dre and Snoop Dogg’s ‘Still D.R.E.’ (originally co-written by Jay-Z himself) is an absolute joy. ‘Black Effect’, driven by a wondrous sample of ‘Broken Strings’ by Seventies psychedelic outfit Flower Travellin’ Band, sees the two at their most incendiary, addressing police brutality and systemic racism in America (“Put your hands where I can see them, fuck a false arrest”), referencing the Sixties civil rights movement, calling out cultural appropriation and celebrating black history in the process. Jumping across time and between memory and commentary (“I’m good anywhere I go, I pull up like the Freedom Riders, hop out on rodeo/Stunt your curls, your lips, Sarah Baartman hips”, raps Beyoncé), here the Carters exchange their most inspired, fast-paced verses without losing focus for a second.

In the outro to ‘Lovehappy’, Beyoncé sings: “We came, and we conquered, now we’re happy in love”. The line perfectly encapsulates the overarching message and the spirit behind the record, but it’s only half the story. There’s a sense of immediacy and even unpredictability in the most restless moments on Everything In Love, which saves the album from being a rather static and defiant contemplation of The Carters’ victories.