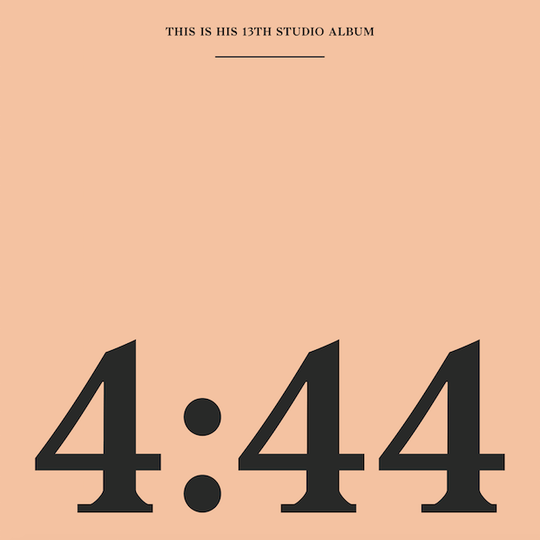 “My pops knew exactly what he did when he made me/ Trying to get a nut and he got a nothing.” The astute JAY-Z (he's all about the caps now) fan may remember this classic line from 'Can’t Knock The Hustle', the first song on his 1996 debut album Reasonable Doubt. Twelve albums later and JAY-Z is far from a nothing: in 20 years he's completely transcended music and pop culture. The masses really didn’t take notice of his starpower until his third album, Vol. 2, mainly because of the single 'Hard Knock Life' which sampled the musical Annie to worldwide renown. The following summer saw the release of the misogynistic 'Big Pimpin', and virtually every summer on he lit the world ablaze, marrying Shakespearean wit, Hemingwayesque rhymes, catchy beats, and impenetrable swagger to gritty realism.

In 2001 he released The Blueprint, his masterpiece, and survived a brutal public feud with Nas that ultimately saw his musical immortality quadruple. The following year he released The Blueprint 2, which featured the smash hit 'Bonnie and Clyde ‘03', a reworking of his former foe 2pac’s 'Me and My Girlfriend' and his first collaboration with future wife Beyoncé. In most circles he is thought of as one the greatest to ever grip a microphone, and all this excludes his massively successful business expenditures.

4:44 is a culmination of all the above, like a giant masthead or open-diary of the man behind the unfathomably successful personality. The title is in reference to a morning where JAY-Z awoke at 4:44am and had a moment of clarity, reminiscent of his seminal song from The Black Album. He largely abandons his chronic braggadocio and returns full circle to that line from Reasonable Doubt by dismissing himself as a “nothing” throughout the album, especially on 4:44’s opening track, 'Kill JAY-Z'. Here he lambasts himself for being the unfaithful husband vividly portrayed on Beyoncé’s Lemonade, a potentially lousy father, a former drug dealer, the person who stabbed producer Lance 'Un' Rivera in 1999, and the man who once shot his own brother at the age of 12. While there are a few direct shots at his protege Kanye West, the self-loathing and scathing vitriol is the creme de la creme of the track. JAY-Z further dresses himself down on 'The Story of OJ', temporarily revoking his status as a mogul for not investing in his hometown of Brooklyn before gentrification hit. He also goes on to excoriate POC who believe that accumulated riches or status prevents them from the evils of racial prejudice, as he can personally attest to.

Longtime collaborator No I.D. handles production work on all ten songs, fusing samples from Sister Nancy, The Fugees, and Nina Simone, creating rather sublime moments for JAY-Z’s springboard confessionals. He utilises Stevie Wonder’s 'Love’s in Need of Love Today' on 'Smile', and the Songs in the Key of Life masterpiece is a perfect complement to the invigorating aura of the track. JAY’s mother makes her first cameo since 'December 4th' from The Black Album, but this time the stakes are higher as she confesses to the world that she is gay. But like the majority of 4:44, the song is mainly a source of catharsis for her son, as he fluctuates from speaking about myriad issues, including the pain his mother endured in secrecy, his years of struggle to ascend to his current stratum, and his continued battle to convince defamers that his message is mainly one of hope as opposed to materialistic debauchery.

Even with hundreds of songs proving his lyrical ability, 4:44 arguably exhibits JAY-Z’s most ingenious poetics to date. There is a multitude of uncanny metaphors and germane allusions throughout the album. He links up with Frank Ocean on 'Caught Their Eye', rhyming: “I seen eyes wide as they’re about to shoot/ You can be a hairpin off and you can trigger your roots.” Not only does'“hairpin' denote a condensed distance, but also alludes to the prominent Afro Pick Questlove of The Roots constantly wears in his hair. The line also has maternal implications, with the hairpin symbolising the anguish mothers feel when their offspring are mixed up in violence, thereby upsetting their roots (family heritage). Furthermore, for an album that contains so much self-bashing, 'Bam', featuring Damian Marley, underscores the importance of the decisions the man Shawn Carter made under the egotistical JAY-Z moniker with shrewd lyrics: “Once upon a time in the projects/ Shawn was in flight mode, I bought a Pyrex.” He equates his stealth status as Shawn to a cell phone in flight mode, keeping off the grid and maintaining a low profile while dealing drugs to evade cops and rival dealers, all the while using a Pyrex to cook up his product. But his status as the arrogant, Teflon JAY-Z allowed him to escape this treacherous life and have a sort of superhero effect, donning a figurative cape and choosing to soar in a choice of 'fight or flight'.

Apropos to the album’s motifs, JAY-Z directly responds to his wife’s much-publicised 'Sorry' on 'Family Feud', featuring Beyonce herself. But the song is mostly about his desire to see his black peers drop vendettas against each other and focus on becoming wealthy. The real crux of the album might be 'Legacy' however, where JAY-Z leaves his fortune to his children while dredging up the past, speaking about how his reverend grandfather’s sexual abuse of his aunt personally caused a dichotomy of both rejecting and canvassing different religions, allowing him to become a more spiritual person in the process. Examined in totality, the emotional vulnerability and naked transparency of 4:44 contrasts heavily with the infallible image JAY-Z has built over two decades. While 4:44 may not be his greatest album, it is a much valued deviation from the norm, a surprising feat considering his kaleidoscopic catalog. JAY-Z doesn’t quite 'knock' the hustle, but laments some the decisions he made along the way.