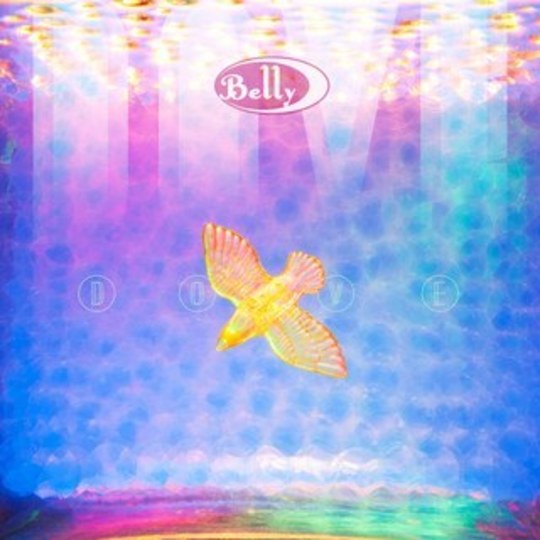 Further proof of Springsteen’s old adage that “everything that dies someday comes back”, here’s seminal college rockers Belly, returning with a fairly unexpected third album some 23 years after their chronically underrated King in 1995.

At the risk of being melodramatic, their disbandment struck me at one of the great tragedies of Nineties indie. Band leader Tanya Donnelly had co-fronted the incendiary Throwing Muses during their Eighties purple patch, but she was always second fiddle to her cousin and fellow frontwoman Kristin Hersh, and struck out on her own, first with the initial line-up of The Breeders, and then with Belly, whose 1993 debut album Star was a stonking great hit. Released two years later, King featured what I’m going to call a couple of the greatest singles of the entire decade in ‘Super-Connected’ and ‘Now They’ll Sleep’. But by this stage grunge had sucked most of the musical oxygen out of the room, and Belly’s bittersweet pop-rock struggled for radio play: Donnelly disbanded the group and went on to a solo career that did will enough – the first couple of records Love Songs for Underdogs and Beautysleep are very much keepers – but felt overshadowed by the greater successes of her former group.

Around 2006 she sort of semi threw in the towel, ceasing to put out albums and devoting herself to a career as a postnatal support worker with the odd musical diversion (notably hooking up with the Throwing Muses for some reunion dates in 2014).

But now the band – in their King line-up is back, apparently for the eminently un-dramatic reason that they thought if they didn't do it now, they never would.

Does 2018 need a Belly record? I mean, maybe, maybe not. I think probably there’s little doubt that Dove is their third best album, though that is less because of general skipping standards, more a dearth of actual pop bangers a la ‘Feed the Tree’, ‘Super-Connected’ et al.

There is also no denying that Dove bears absolutely no hint of anything that has happened in music in the last 20 years: it is an old fashioned indie-pop record with bright, crunchy guitars and wry, scuffed, romantic lyrics. But that’s clearly not a bad thing, and indeed Dove often sounds winningly sincere, and musically only dated by the fact that nobody really tends to make record like this anymore – it;'s no naff, just rare..

Donnelly’s voice is lithe and crystalline, and while she’s not a virtuosic guitarist by any means, she is a good one - witness the Zep-ish thunder of 'Shiny One'. When the stars align as on single, er, ‘Stars Align’, it all clicks into place perfectly: all trebly comets of guitar and magisterially chugging, Donnelly’s imploring “I could say we’re gonna be fine someday but I might not be right” as affecting a line as she’s written.

As a rule, Dove meshes into a good album that might be accounted a small disappointment if this was 1995, but is a pretty spectacular accomplishment for a group of semi-retired musicians in their fifties. I’d probably go further and say that if you think college rock represented the apogee of popular music as an art form, you urgently need this record in your life.

I’m not sure how much I’m liable to come back to Dove personally, but I'm very happy for Belly that it's there – it feels like a vindication.