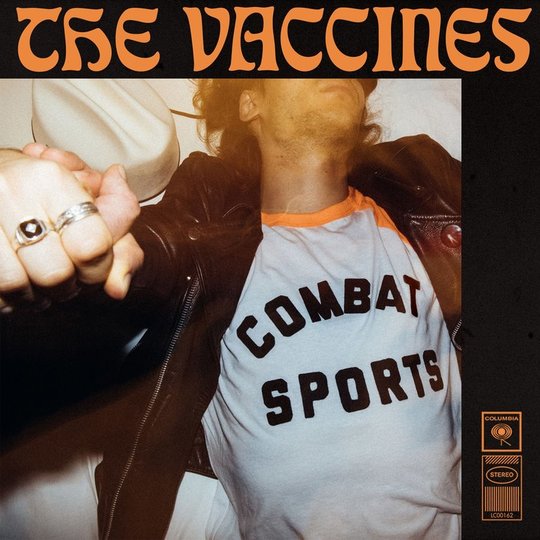 'I see The Vaccines have released their song again,' Guardian deputy music editor Laura Snapes tweeted when the British band released new track ‘I Can’t Quit’ in early January. She’s not wrong. The track – clocking in at just under three minutes, as most Vaccines songs do – is emblematic of the indie-pop guitar-based music they are so famed for, starting with their 2011 debut release What Did You Expect from the Vaccines?. To be fair, that record still holds up. It’s full of bite-sized, relatable beer-spilling pop odes dedicated to making irrational decisions following brutal heartbreak, getting back together with your ex, and love songs written for Danish models (Amanda Norgaard). It was so great they even had a track chosen to be included in the official soundtrack for FIFA ’12. They were songs about sad things but guised under happy-go-lucky guitar riffs with lyrics so catchy the only way you had to sing them was at the top of your lungs, alongside your mates.

But that was seven years ago. Now, with new record Combat Sports, The Vaccines want to no longer be characterised as 'just another indie band', despite that being what they are. It’s built on the same kinds of framework that shaped their debut, but not as good. You could play the record at a house party and it’s accessible and inoffensive enough and a bit of an off-kilter cool that people won’t complain when you put it on. In an interview with DIY, lead singer Justin Young – who is admittedly very self-aware – highlights his intentions of not wanting to merely create the same album every year. But he also said as such in the buildup to their 2012 follow-up, Come of Age, stating: 'We don’t want to be an indie band any more, we want to be a rock band.' The Vaccines grow slightly from each album, or try to at least, but the core is inevitable: they are a guitar band. It’s a label that is hard to escape.

The band did so yet again when they experimented with new wave and synth-pop stylings with 2015 release English Graffiti, which was their freshest and most purposely daring effort to date after their debut. It’s easy to see where Young’s anxieties lie. With so many present-day British guitar bands experiencing a sort of drop-off after bland debut album offerings set the bar so low for others – think indie landfill bands such as Catfish & the Bottlemen, Slaves, Circa Waves, Peace, Swim Deep – you don’t want to pigeonhole yourselves with that 'scene'. And so The Vaccines and co didn’t want to be 'just another indie band' like the rest. The good news for Young, however, is that their debut record was one of the best from that era. Where the problem lies now, though, is how to escape your own shadow after you yourselves had set the standard for that certain genre.

With a new lineup that saw founding drummer Pete Robertson leaving the band – replaced by Yoann Intoni – and the addition of touring-turned-permanent keyboardist Timothy Lanham, alongside original members Young, bassist Arni Arnason and guitarist Freddie Cowan, you’d think that they’d take the more left-field path they took with English Graffiti. At first listen, ‘I Can’t Quit’ is so characteristically Vaccines that it wouldn’t have felt out of place on their first album. Even opener ‘Put It On a T-Shirt’ has the same energetic effervescence they so channeled on their first two albums, though there is something to be said with Lanham on keys adding a fresh accent to the band. But there is a sort of delectable pop charm found across the record that makes Combat Sports an endearing and wholesome listen, despite never straying too far from its original source material. Are The Vaccines, then, just now unable to compete with the fresh crop of buzzy young guitar bands such as Goat Girl, SORRY and Shame who incorporate heavily politicised themes into their lyricism? They’ve been in the guitar scene for so long. But has it evolved from them?

Young has a knack for writing confessional love songs disguised as a simple pop track. ”Your love is my favourite band,” he sings on the synonymous track. On ‘Someone to Lose’, he sings: ”We’re not good for one another/ But I’m begging, I’m begging of you/ I wanna have someone to lose… Wish it was you, Isn’t it you?”. When Young laments, “I know there’s guys that you like better who think that I’m old news,” it’s almost like a light tongue-in-cheek dig that perhaps self-references the band’s struggle for a single identity.

The strongest chunk of the album comes not in the first third, but in the stream of songs that starts with ‘Out On the Street’, ‘Take It Easy’ and ends with the final track. The Vaccines may not be reinventing themselves on the wider scale, and though self-awareness may not be enough to save it – perhaps it is a shadow that is too large and too looming to escape – digestible indie-pop is what they are good at, even if it doesn’t make as large a dent in the canon of new, more progressive music.