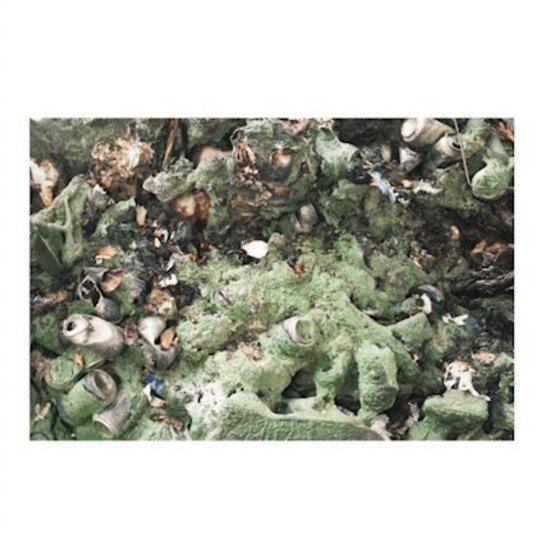 Astrid Sonne new album's Human Lines sounds like a cat playing with string theory, building an enormous number of possible universes. Primarily composing electronic music, Sonne features simulated orchestral instrumentation in some of the more ambient passages. She uses the kind of repetition, contrast, distortion and pauses which are identifiable in the work of some of her contemporaries from Copenhagen’s Escho collective, namely Eric Copeland and Smerz, generating distorted choral passages, distant strings and other patterns with the computer.

The result is melancholic and peaceful. From the dynamic repetition and layering in the intro track ‘Also’ she builds various spaces, turning the chaos of all our different impressions and streams of information into something intertwined, overlapping, happening very fast but without a beat, that standard lure. The next track ‘In’ is a change of pace, ambient, with samples – the contrast enough of a shake up that the listener is not mired down at any point by expectation. The same goes of course for ‘Real’ which has a kind of glitchy almost breakcore sound, while ‘Life’ is sweeter and more melodic.

Worlds collide and change, a dynamic which constantly shifts from sweet to relentless, often with layover in between, like Venetian Snares had been hijacked by lullabies. ‘00000’ covered distant church bells with an avalanche of white noise. This subdued repetition, over the hills beyond the river, is a motif which again repeats itself in ‘A Modular body’, which plays in thirds, repeats in thirds, gaining pace and losing it again.

‘Overexisting’ throws a tantrum in a kitchen. Gravity finally hits, things slowly fall down. Lots of repeat notes. It runs out of energy by the time it gets to ‘Alta’, turning mournful, lugubrious, as a composition for strings. There is quiet and loudness, and sustained notes with more complicated melodies layered on top of layers.

This is an excellent album, and should appeal to anyone interested in contemporary composition, avant-garde electronic music, or travelling between different worlds and zones. As if Steve Reich composed with a commodore amiga.