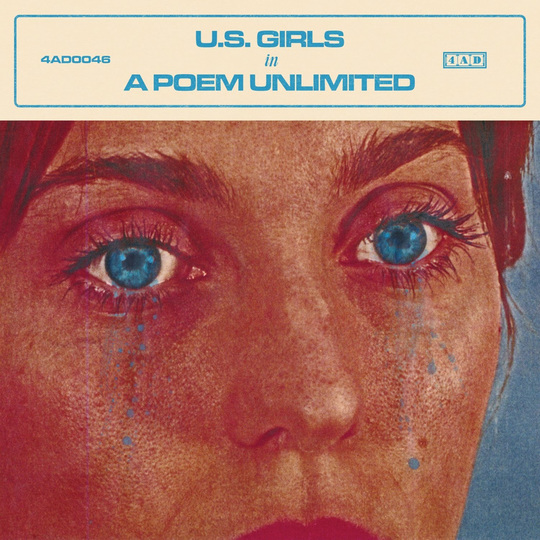 US Girls has no neutral stances. Meg Remy has been plenty vocal about how her political leanings influence the project, as 2015’s Half Free made clear, but the significance of her moniker has never been more explicit than on In a Poem Unlimited.

Remy spends the album working through her emotional and ethical struggles as a left-leaning American and the accompanying baggage. Destruction runs through In a Poem Unlimited, whether it’s the alarming rate at which environmental protections are being thrown out or the existential searching that wonders how we got here.

This bleeds into the composition of the songs, which have continued to get a little more abstract than on Remy’s preceding albums; sounds drone, be they guitars or horns or synths, in a way familiar to her noise roots, but she hasn’t abandoned the pop exercise. This coalesces early in 'MAH' ('Mad as Hell'), a stance against Obama’s drone bombing program — a bold choice when others are looking back wistfully at the previous administration — with a chorus that, in its meeting of bright synths and stretched out bass, sounds like film burning.

The feminine focus of Remy’s music overlaps with the political in exact and contemporary ways. This is a particularly weird, exhausting juncture to be a female-identified person. In addition to the politics of now being total bullshit, each day seems to bring some new public male figure previously perceived as trustworthy or at least innocuous to be identified as a bully or a predator.

The best case scenario has become a feeling of constant disappointment, and at the other extreme, being constantly under threat. The chorus of 'Pearly Gates' insists, “Give it up/You’re just some man’s daughter,” neatly encapsulates the need to either join a girl gang or live in isolation with the feeling that you could rip in half at any minute.

Similarly, it makes sense that the vibrant centerpiece of In A Poem Unlimited, 'Incidental Boogie', is a song about domestic violence. It’s on the level of everything else we’ve already been unpacking that insidious lyrics creep underneath a catchy, loping electronic rhythm, that the moment that makes want to dance the most leaves you with a lingering nausea if you listen closely.

Remy has not been complacent about the world around her in the last few years. She was not of the belief circa 2015 that everything was going well from a socio-political perspective, and perhaps that scrutiny has made her better prepared to face things as they are today. She has been building towards In A Poem Unlimited, and she has arrived here at exactly the right time.