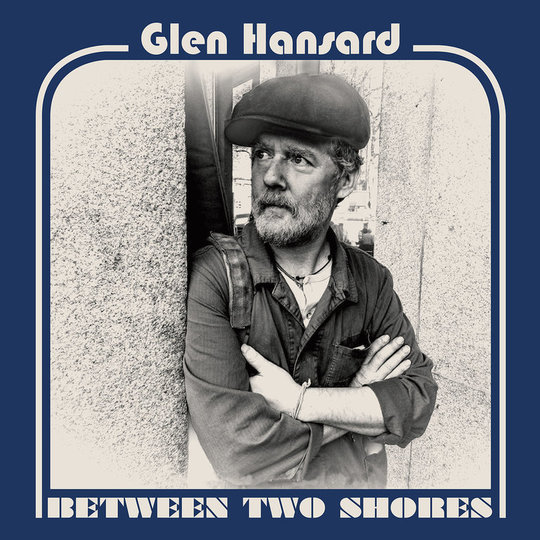 I think everyone has one. A halcyon moment, or period of time in their formative years during which it feels like music truly means something. Of course, to many people this moment never ends and music will always have a special place in their heart. But a lot of people look back to particular songs or albums which truly did, indeed, form them, their listening patterns and practices and, more than that, set something of the course of their life.

A strange way to begin a review of the new Glen Hansard album Between Two Shores perhaps, but it feels apposite because with this, his third solo outing, it feels like this is the kind of musical heft that Hansard is aiming for. For one thing ”Between Two Shores is gorgeously recorded and produced, by Hansard's longtime cohort David Odium. There's a clarity and resonance to the instrumentation and mix placement which is too often sadly lacking in the music of our day. Every note is discernible and can be clearly perceived, rather than acting as layers merely present to support an overpowering vocal melody. Within the span of the opening two tracks, the surprisingly bombastic and horn-driven opener 'Roll On Slow' and the more introspective 'Why Women', in which Hansard implores the songs' subject to “stick around and work it out with me”, it is clear that a stall has been set out for this to be a deep and important album. 'Wheels On Fire' is another blast of driving soul, containing a gorgeous Hammond organ part. A small detail perhaps but one which really elevates the track.

Any lingering doubts there might be about this album are surely dispelled by what follows, 'Reckless Heart' is a gorgeous ballad. It's perhaps more akin to what fans have come to expect from Hansard's recent work, than what's preceded it thus far. “Reckless heart, take hold of the wheel, you're heading for a fall, for a fall, torn apart by how you feel, but it's all for love, all for love” might not seem like the most engaging quartet of lines on paper, but as the song's opening verse they pull the listener right in as the sheer emotion of Hansard's voice comes to the fore. He is at his best when he sings with this depth and holds back on the fire and brimstone a little. If the “Gonna ride that river to the sea, gonna cry that river outta me” doesn't soundtrack an important film moment or two in the coming years, it'd be a huge surprise.

'Movin' On' and 'Setting Forth' each in their own ways, one as largely acoustic blues number and the other as a slightly more swinging mid-paced pop song with some lovely strings, feel like something of a mid-album break from the keening emotion elsewhere. The soulful 'Lucky Man' follows with its “well it's gonna be a lucky man that gets to take your hand” opening gambit of a paean to lost love. 'One Of Us Must Lose' is a beautifully written simple pop song, again, about lost, or soon to be lost love. The chord progressions in this song are fabulous and it will no doubt be spellbinding live.

Before long, the ten-track duration of the album is at an end. Hansard has shown depth and range, both in terms of songwriting and vocal performance, which sees this album as the one on which he finally and definitively finds his voice as a solo artist. Whereas at times in the past it seemed like he was searching for his place in the crowded field of modern singer-songwriters and in danger of sounding too much like others, here he clearly finds his own voice. And not only that, but he’s made a record which could well, for some people, be one of those records they return wistfully and misty-eyed to in years to come, as having enjoyed it hugely in the here and now. This is a really fine album.