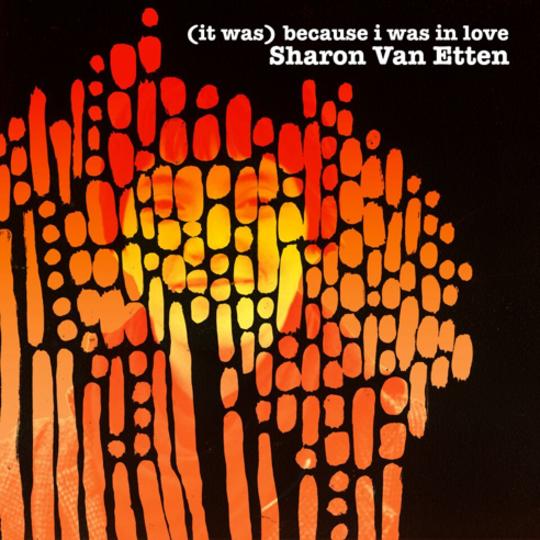 Reviewing a reissue can be a tricky prospect. What’s new to say about an album released in 2009? Especially one from Sharon van Etten, who is held in such high regard by her fans? But the point of this reissue is clear: to bring her debut Because I was In Love to the ears of people who didn't join the party until she broke through with 2012's Tramp. Happily, it turns out that I fall neatly under that banner, having picked up on Van Etten via BBC 6 Music in 2014.

As an album, Because I Was In Love feels very much like a debut. This record was the result of one week of sessions, and as such there’s a certain raw vulnerability to it that, while present on her later material, is felt most of all here.

You see this immediately with opener ‘I Wish I Knew’, which is all exposed nerves and uncertainty. The guitar playing feels reserved and reluctant as she breaths: “I wish I knew what to do with you, but the truth is I ain’t got a clue, do you?”. It sets the tone for the entire album, which isn’t thematically worlds away from her latest material, but sounds a lot more fragile. The production is minimal, and lean, but always with that sense of warmth that you might associate with her already.

Lyrically, the album feels very much like a journal. That production we’ve spoke about only serves to shine a spotlight on that further. Creating that intimacy works wonders in terms of fitting with what are equally intimate lyrics. Take ‘Tornado’, a song that sounds exhausted and confessionary. She sings “I’m a tornado, you are the dust, you’re all around and you’re inside” in what is one of the strongest tracks from the record. That level of uncertainty the rears on ‘Much More Than That’ again as she closes with “I sigh and then I frown, I write this moment down, but I cannot paint pictures with my tongue.” As an audience, we relate how she feels about her own ability, but crucially, she actually can paint pictures with her tongue.

One thing the record does, that would return on later records, is showcase her knack for crafting vocal melodies that feel entirely original. She seemingly breaths and sighs her way through tracks, with layered vocals lending a sense of the haunted. But more importantly, the way she twists those vocals, seen most pertinently on the chorus of ‘I’m Giving Up On You’, makes everything sound uniquely her creation.

While the parenthesis-enhanced (It Was) Because I Was In Love may have been reissued, remastered and re-released as a bit of housekeeping, it actually stands to me as her most affecting material. It’s imperfect, indecisive, sometimes lacks real direction and is gorgeously raw. There’s certainly nothing anywhere near as anthemic as ‘Even When The Sun Comes Up Her’ and later material, particularly Are We There, is far more fleshed out. But here we get the most incisive look into the soul of Sharon van Etten and that’s hard to replicate.