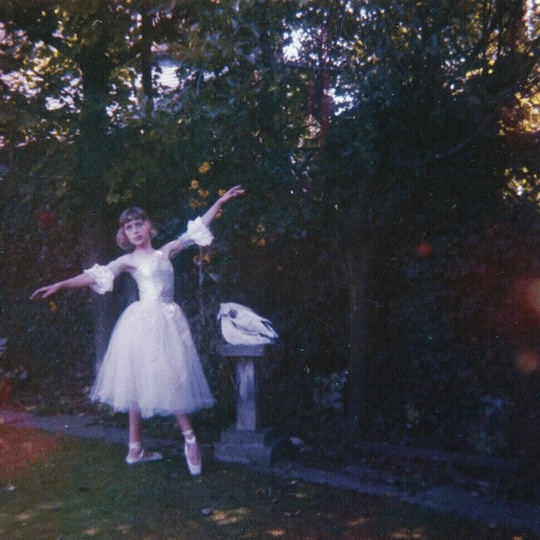 It’s an understatement to say the new Wolf Alice record is highly-anticipated. I’ve even seen a few people declare them as next year’s Mercury Prize winner already. I think that belief comes from the knowledge that My Love Is Cool was one of the best records of 2015, but ultimately left the underlying feeling that they had the potential to achieve much more.

If expectations were high for Visions of a Life, the release of ‘Don’t Delete The Kisses’ will have done little to dampen them. Ellie Rowsell delivers her spoken word monologue with such unnerving accuracy that it quickly became the best track I’ve heard in the last 12 months. Like, it’s not even close. It so sublimely cuts to the core of the excitement and uncertainty of getting to know someone. One lyric that sticks out, in a track of unerring accuracy, is "instead I'm typing you a message that I know I'll never send, rewriting old excuses, delete the kisses at the end." If the rest of the record lives up to the promise shown by that track then we’re looking at something truly iconic.

The other track we’ve had in our ears for the last few months is ‘Yuk Foo’ which demonstrates a completely different element to the band. It’s angry, cathartic and utilises the same quiet-loud trick that made Nirvana so incredible. Except it’s better than that, with much more depth to digest and discover. The lyrics, featuring the line “I want to fuck all the people I meet, fuck all the people in the street, cos you bore me to death”, are similarly satisfying. ‘Heavenward’, the album opener, pulls a similar trick, but is dripping in shoegaze guitars and features some of the poppiest hooks they’ve ever produced.

‘Formidable Cool’ takes things down another avenue entirely, and really shows off the depth of their creativity. The rhythm-section makes the song sound like Stone Roses without the bluster and bravado. It underpins the entire track before Ellie’s reverb-drenched vocals wrench your attention away from it.

While ‘Don’t Delete The Kisses’ tackles the quieter, tender style by focusing on the intricacies of a relationship, ‘St. Purple and Green’ does so by turning the attention to family. The end product is a track that feels deeply personal and so stands out in particular on an album full of standout songs. The chorus goes “You might be changing but you’re still my Nana” and, while deeply personal, it clearly resonates as something most people have gone through in their life.

Closer and title track ‘Visions of a Life’ clocks in at just shy of eight minutes long. It requires a certain amount of ambition to create something like that but, by this point, I probably don’t need to tell you that Wolf Alice pull it off with aplomb. There are lyrics scattered through it that tie a knot through all the themes they've ripped through on the record. Before it even really gets going, we've got "I'm a curse to my friends, to be condemned, mistakes I made and won't mend". Then it transforms and morphs as it goes, speckled with riffs and more shoegaze, peaks and troughs and, in one song, showcases all the different styles that make the album as special as it is.

Visions of a Life is a phenomenal achievement. It has captured on record the thrill, angst, sadness and uncertainty of being in your twenties and not really knowing what’s going to happen or should happen. All of it is never anything less than intoxicating, heartfelt and effortless. Ultimately, the album earns the perfect score I’ve bestowed upon it. It feels like one of the most crucial, relevant, angry, cool and vibrant records of the decade. Wolf Alice, as fantastic bands tend to, have completely disregarded the idea that a second album should be difficult and turned out a genuine masterpiece.