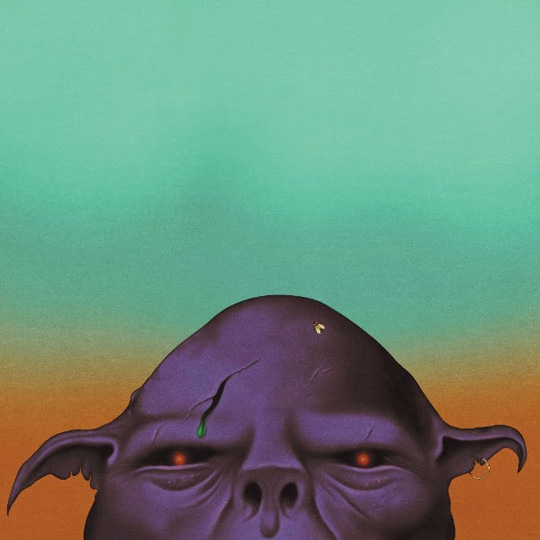 It is often said of the psych and garage scenes that they are too inward-looking, too willing to stay within the familiar confines, similar bands playing similar music to a limited number of people. Over the 20 years since John Dwyer formed the band currently known as Oh Sees, they have often been lumped into the group of whom this could be said. Exceptionally proficient, passionate and exciting, yes, but each release close in form to the last. On Orc, their nineteenth album in 14 years, the formula has to some extent been abandoned, and the effect is not necessarily what those urging for the change were hoping for.

The adaptation has not come out of nowhere. In 2013, Dwyer overhauled the band’s line-up, opting instead for the bold move of having two drummers on board – now Paul Quattrone and Dan Rincon. The dual albums A Weird Exits and An Odd Entrances in 2016 gave indications of the oncoming shift, but on Orc, the pace slows rather dramatically. Also different is the band name – the Thee is gone, the most indefinite of articles. It is at least the seventh name change of the band’s career though, so probably not worth reading too much into it.

The change is not immediately apparent. Opener and lead single ‘The Static God’ bursts in on a high-pitched, speed punk guitar solo, skidding back into play whenever it feels like it during the song’s duration, trading blows with snapped vocals. It is what we have come to expect, and a joy. But by the time we launch into ‘Nite Expo’, we are swarming with squealing synths and bass notes that shoot out like laser sheets. And then ‘Animated Violence’ hits, with its metal vocals and clean Iron Maiden solos, as we picture the sign of the horns flying high in the studio. These are changes, but still absolutely a joy. Each new track a treasure trove, a hamper with an unadvertised list of ingredients.

But alas, the surprises do not stay this exciting throughout. The album’s centrepiece is the eight-minute ‘Keys to the Castle’, which after a storming three minute start slows dramatically, as if Oh Sees have taken a stroll into the wildnerness on a voyage of discovery. It results in a strangely wild and hypnotic circular loop, something the band are easily good enough to lock into and make interesting. But the album never recovers from the drop in pace, and it’s only half way through.

The second half is comprised of a series of songs that either rely on swampy, languid solos (‘Cadaver Dog’, ‘Drowned Beast’) or space-age synths (‘Paranoise’). ‘Cooling Tower’, on the other hand, is punctuated by “ah ah ah” vocal stabs, whilst clanging guitar notes meander and fill out the space in the runtime. ‘Jettison’, one of the stronger tracks in the sequence, appears to be inspired by the same hard R&B sound that drove forward bands like Free and Led Zeppelin, something Dwyer could replicate with his foot on the brake. Final track ‘Raw Optics’ simmers along before giving its time over to a drum battle between Quattrone and Rincon as its final blowout.

When you make as much music as Dwyer does, you are fully entitled to move around the musical map at will, but it is no coincidence that the moments when Dwyer’s writing strays furthest from the familiar format are the least satisfying. It is reasonable to assume that he is capable of far more intriguing and stimulating excursions than these. It’s something worth bearing in mind the next time you long for an artist to switch things up a bit – Orc is most exciting when it is Oh Sees doing their thing.