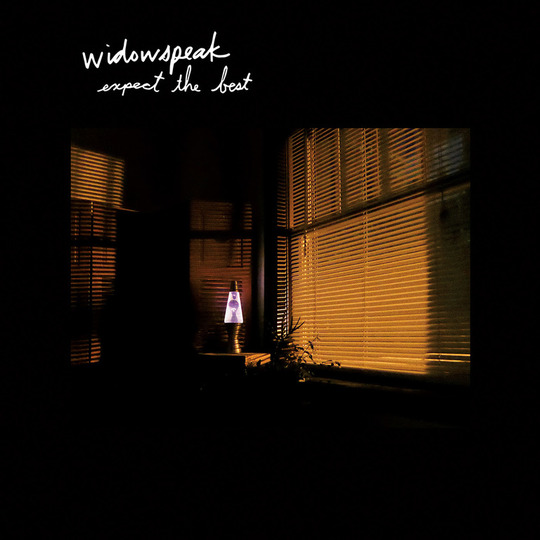 After three full length albums of alt-country with all of the seams exposed, Widowspeak are now going the full Mazzy Star, leaning into the dream pop world with Expect the Best. If that sounds like a copout to passé surf rock trends, Expect the Best stands out amongst other reverb-drenched indie rock for being exceptionally well composed. It’s meticulously layered so no one element overwhelms. The distortion on the guitars in the chorus of 'When I Tried', for example, could easily obliterate everything, but instead creates a windswept feeling under Molly Hamilton’s crooning.

Though Widowspeak referred to their The Swamps EP as a bridge between their older style and 2015’s All Yours, it’s Expect the Best that signals the biggest shift in their sound, if not in their style than at least in their approach to production. This might be attributed to folding in their touring rhythm section as active participants in the recording process; going for a such a lush approach is best done when solidly rooted.

But they haven’t completely abandoned their Americana twang, and songs like 'Warmer' and 'Right On' emphasise a country slant while at the same time evoking a dry, desert-like detachment. Repeat plays of the album could be purely for the fun of identifying different sounds on repeat listens. The guessing game of whether a texture is produced by horns or synths or guitars or a vocal is enough to nerd out on.

The interest of the album extends beyond production points. These sensations of the desert, feelings of detachment, notions of movement tie back to Hamilton’s lyrics as much as her vocals. Opening track 'The Dream' will make you feel wistful for reasons you won’t be able to articulate, and once that melancholic beauty sets in it’s hard to shake. But it’s safe to assume that you won’t want to shake it.