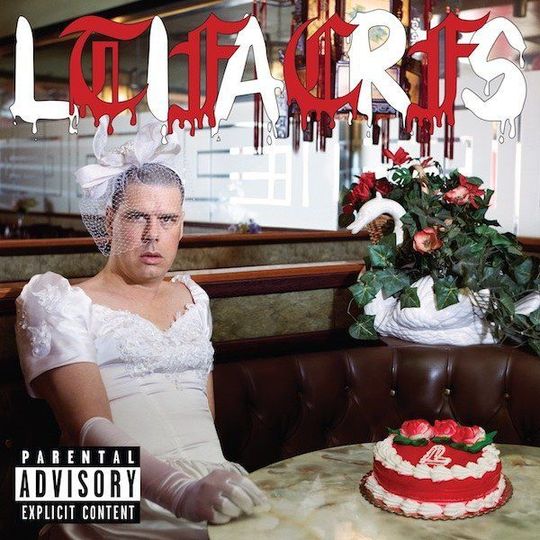 It’s been a long old road for Angus Andrew. His – and it is his now – band, Liars, have been making their dissonant noise for the best part of a decade-and-a-half, constantly shape shifting throughout its existence. Liars spent the majority of its time as a trio, although, until now, the only core members were Andrew and Aaron Hemphill, however when it came to writing Liars’ eighth record, Hemphill suddenly departed the band despite having started to make the record in Los Angeles. In interviews, Andrew expressed his shock at his long-term creative partner suddenly leaving the project after 15 years, even though they remain long-distance friends.

In response, Andrew decided to complete the album in his native Australia, his first time based there as a musician and built a secluded studio in the bush several miles north of Sydney. Andrew’s material has often dealt with isolation but rarely has it been as literal as this. Make no mistake, this is a break-up album, albeit one addressing a creative relationship rather than a romantic one, in which Andrew’s response is to essentially become a hermit and explore what he is feeling sonically.

Liars have always had an air of unpredictability about them, and no two of their albums are exactly the same. There is a slow progression from noise-rock and post-punk to electronic music but each of their records has moved on in some way from the past (for better or worse). In his latest, Andrew’s movement, both physical and emotional, is immediately obvious as for the first time ever, TFCF (Short for Theme for Crying Fountain), opens with acoustic guitars. Without knowing the context of the record, which also applies to its striking artwork, it may not be particularly clear why Andrew has made the choices he has, although this would ignore Liars’ spontaneity in the first place.

Acoustic guitars are spread all over TFCF though they are often manipulated and cut against sampling, similar to the 'chopped and screwed' technique of Detroit house. The opener ‘The Grand Delusional’ plucks Spanish style guitar playing into what sounds like a grand echo-chasm as Andrew conveys his disappointment and melancholy at the loss of his creative partner and close friend. Elsewhere, ‘No Help Pamphlet’ is a small-scale indie ballad that a young Isaac Brock of Modest Mouse would be proud of, conveying a rarely felt emotion in electronically influenced music: emotion.

One of the album's best, yet subtle, tricks is Andrew’s use of his surroundings when recording. Reportedly, Andrew had a microphone pointed at this surrounding nature of the bush and uses these samples not just humming in the background of many of the songs, but also to be inspired to write more free-form, free-structured tracks which follow a more 'natural' time-signature. ‘Face To Face With My Face’ is a good example of this, sampling what sounds almost like a didgeridoo over samples of birds and water from his surroundings, while the song slips along like the rivers nearby.

Elsewhere, TFCF takes on the mode of white guy hip-hop once perfected by Beck and The Dust Brothers on Odelay!. Single ‘Cred Woes’ and before it, ‘No Trees No Branch’ (which sounds oddly like The Transplants) make excellent use of samples while Andrew expels some daemons from his recent tribulations. Meanwhile, ‘Coins in my Caged Fist’ and ‘Emblems of Another Story’ shows off some exemplary drumming, an unexpected key component on TFCF creating the album’s most tense moments.

Ultimately, however, the record boils down to Andrew as the 'jilted bride'. Final one-two gut punches ‘Ripe Ripe Rot’ and de facto title track ‘Crying Fountain’ are an atmospheric and sad ending to this particular snapshot in Andrew’s life. There is an argument to be made as to whether Andrew should have even kept the 'Liars' moniker for what is essentially his first solo album, but there are plenty elements here than link back to his and their back-catalogue.

There is a scatterbrain feel to this record which means rarely does a song scratch the 4-minute surface, making this a relatively light 33 minutes, however, there is something very exciting in hearing Andrew jump about from point to point in such quick succession without losing his overall focus for the record. Where TFCF will stand in Liars’ overall oeuvre remains to be seen, but for an album that wasn’t expected to be a solo piece, Andrew does very well on his own to make his mark.