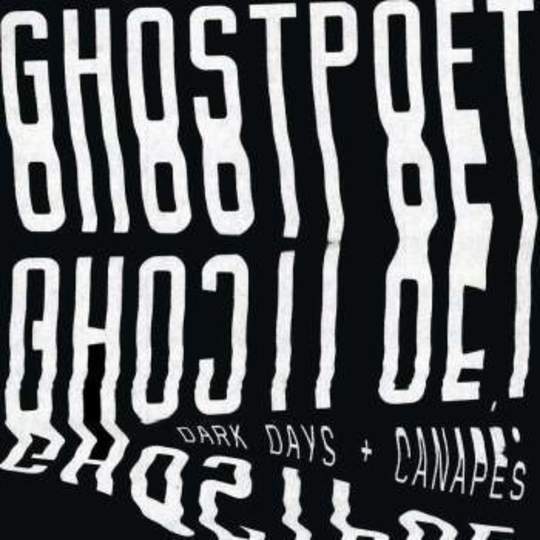 If you want a clue as to what kind of mood Ghostpoet is in for his fourth album, just have a read of the 12 track titles: ‘End Times’, ‘Trouble + Me’, ‘Woe Is Meee’, ‘Immigrant Boogie’, ‘Freakshow’. The state of things is clearly having its effect on the London musician, and instead of turning the other way or seeking escape through art, he has taken the decision to tackle it head on. What results is a downbeat, expressive articulation of our desperate times, albeit told in a monotone voice of resignation.

In some cases, the subject matter is specific, most effectively on the distressing ‘Immigrant Boogie’. Ghostpoet forces us into the heart of the matter by placing himself on one an ill-fated migrant boats: “Let us in/We never bite/It’s just the boat’s going down/And I don’t think we wanna stay”. It is bracing, but no more bracing than it needs to be. The ongoing debate about whether enough artists and musicians are embracing politics at a time when such major questions hang over our society can be misleading, but Ghostpoet proves on Dark Days & Canapés that it is possible to talk about the issues without coming across as preachy or naïve.

He isn’t afraid to turn the lens on himself either. Much of the album, in fact, deals with the burden of looking on as a relatively privileged observer of contemporary life. It is a burden that should haunt us all a little more. ‘Blind As A Bat…’ is the best encapsulation of this conflict, with its refrain of “In my head it’s palm trees and appletinis/Maybe that’s just me”, a bold confession on the one hand and a damaging indictment on the other. The public reflex to look away from the horror, to leaven the mood or fill their minds with their own small pursuits is in the docks, and Ghostpoet’s judgement is clear. Elsewhere, he chronicles the conflict between the rise of technological connections and social alienation on ‘Dopamine If I Do’. It’s hardly a revolutionary conceit at this stage, indeed the ground feels just a little too well trodden, but he is certainly all in, and the sense of detachment is real.

Musically, the great step forward here is the shift towards a live band aesthetic. The ever-present low end bass is the signature hallmark, cloaking every second of the album in an enveloping darkness. With the exception of the brief opening track ‘One More Sip’, the sparse programmed beats that launched his reputation largely give way here to guitars and keys, lending these human tales of alienation a yet more poignant edge.

There is a surprising run of earworms to launch the album too, another departure from his previous work. ‘Trouble + Me’ features a descending guitar motif that will make many think of Jonny Greenwood’s similar hook from ‘Street Spirit (Fade Out)’, but here the mood is very much in the realm of Tricky’s ‘Maxinquaye’ or The Invisible’s underrated debut album. The low-hanging bass and glacially slow thrum of strings on ‘(We’re) Dominoes’ create a tight, cloying claustrophobia that is typical of the rest of the album. The biggest song is ‘Freakshow’ with its repeating guitar riff and bouncing bassline briefly letting light in. “Ain’t left the city in months/I guess Westfield knows what I want” is Ghostpoet’s opening gambit though, so not altogether upbeat.

Ghostpoet’s vocals are delivered in a consistent, mumbled, emotionally-drained understatement throughout, lending the album a sense of authenticity that it could not survive without. It may deter some though, and it certainly exposes the lack of range or variety in the pacing of the album, something of a self-imposed problem. It may not be an album to soundtrack your summer to, but at least somebody is documenting these times.