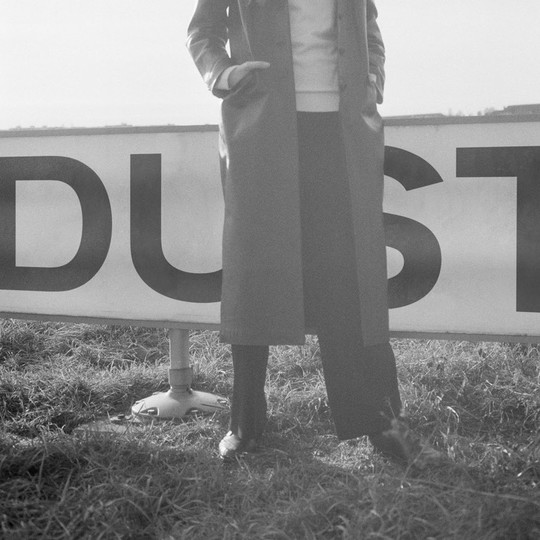 When Laurel Halo first announced her arrival on the 'scene' back in 2012, with the instant underground hit that was Quarantine, it was with a sound that courted the mood of dream pop whilst stubbornly throwing all sorts of lightly dystopian spanners into the mix. Subsequent efforts, chiefly Chance of Rain (2013) and In Situ (2015), have slowly exorcised the demons that seemingly haunted the first Laurel Halo LP by delving ever further into the realm of experimental dance music. When I last saw Laurel Halo perform live, at the much-missed Incubate Festival in Tilburg in September 2015, she even briefly threatened to stop playing until the audience in the theatre-style room she was performing in got up and danced. The faintly sultry pop stylings of her debut had seemingly been well and truly banished in favour of something at once more abstract and more (physically at least) accessible.

Dust is a different beast altogether to any of these live or studio outings. It opens with the off-kilter wooziness of ‘Sun to Solar’, an intoxicating mix of hazy keys and subtly dominant bass. Lyrically it’s an adaptation of ‘Servidão de Passegem’ by Brazilian concrete poet Haroldo de Campos, which rather sets the tone for the album as a whole. This is a record that seems more consciously shaped, or perhaps sculpted, than Laurel Halo’s previous work. As much a jazz record as a dance LP, Dust seems geared around little non-sequiturs: beats that don’t quite match up, synth tones that appear unwilling to remain fixed in one place, vocals that are chopped up and layered to the point that the abstract lyrics are often rendered incomprehensible.

One senses this is the way the artist likes it. ‘Jelly’ is unadulterated pop, or at least it was in a previous life. Here it sounds like it’s been gradually deconstructed and then put back together again in a hurry. One line stands out: “My eyes, back there in the mirror, where I left them”. It sums up the whole album, which manages to take loosely familiar notions and reconstitute them in an extraordinarily beguiling – and yet defiantly unfamiliar – way. Shades of Angelo Badalamenti’s score from Fire Walk With Me do battle with fractured house chords and genuinely addictive melodies emerge from the strangest of places. ‘Moontalk’, for example, verges on the addictive, despite utilising what sounds like a wrong number dialling tone as a musical hook and featuring a chorus in Japanese.

As Laurel Halo albums generally have in the past, Dust saves perhaps its finest moments for its concluding tracks. ‘Szgy’ and ‘Do U Ever Happen’ are absolutely beautiful. The latter’s insistent closing questions, altering between “Did this ever happen?” and “Do you ever happen?”, feel rather profound on the back of an LP that has consistently defied its own expectations. Instrumental closer proper ‘Buh-bye’ then sees everything out in fabulous style, like TV show theme music from a future where everyone owns at least four Sun Ra records.

Dust, then, is something of a triumph. Sometimes it’s a baffling one, but throughout all its twists and turns, it remains a compellingly refreshing listen. It’s not the sound of an artist finding her true voice. That would be too much of a cliché to apply to this delightful album. It is, however, Laurel Halo’s most ecstatically esoteric effort to date, which, in the case of this artist at least, is another way of saying that is both her best and her most joyously listenable.