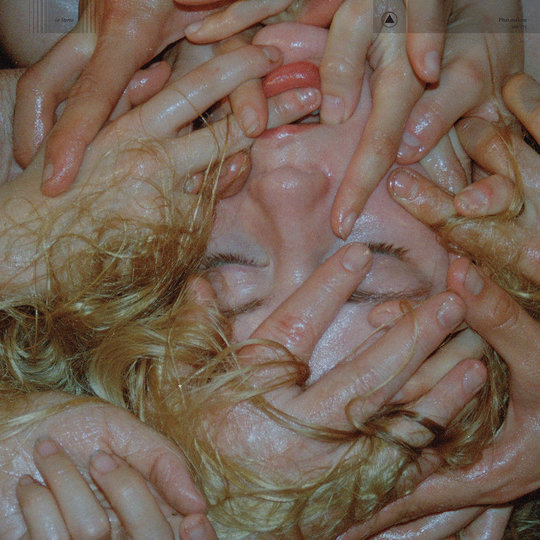 Margaret Chardiet, the uncompromising figure behind Pharmakon, has reached what one senses might be something of a crossroads in her career. Bestial Burden, her 2015 second full-length, was one of the best noise records of recent years. It saw Chardiet ably recapture the pure viscerality of Abandon, her debut, and strip it back into something more profoundly unsettling and, well, bestial.

A significant factor in Bestial Burden’s success was its willingness to take the long way round. Too many power electronics artists have mistaken the feral malevolence of Whitehouse for a template, when really it was little more than a gesture of the direction in which noise music could travel. It is telling that the most impactful acts in this most extreme of subgenres have been those capable of finding new ways of engaging with its core themes.

Chardiet has accomplished this by taking the bodily concerns of acts like Whitehouse to more realistic extremes. The cover art has been as much a part of this as anything. Remember the maggots that covered Chardiet on Abandon and the animal organs that adorned her form on Bestial Burden. Contact’s cover is perhaps the most intense yet, seemingly depicting Chardiet being smothered by the slimy hands of others. The extreme imagery of these three albums’ cover art has been mirrored in their music. Pharmakon records have not looked to shock through cheap tactics but instead through providing a musical representation of the body’s physical weakness. At times on Bestial Burden this approach was genuinely horrifying, reminiscent of an early David Cronenberg movie come to life.

So, whilst good power electronics is about more than uncompromising noise, a good dose of the good stuff in this department cannot hurt. Contact starts with ominous stabs of electronics and gentle throbs of obscured bass. It recalls – to these ears at least – the atmospheric sonic build-up of Ennio Morricone and John Carpenter’s soundtrack for The Thing. The sense of foreboding such comparisons may appear to conjure up is swiftly swallowed whole, however, by Chardiet’s dextrous shrieks. Similar tricks are applied on ‘Transmission’ (incidentally, the intro to this actually does sound like Morricone’s aforementioned classic horror theme). This time, however, Chardiet’s vocal parts feel even more pushed to the limit, as if her vocal cords are being shredded as you listen.

‘Sleepwalking Form’, appropriately given its title, is a hazier affair, in which the disorientating collapse of different banks of noise into one another assumes the appearance of a night terror. Closer ‘No Natural Order’ twists this phantasm into ever more disturbing forms, with Chardiet’s vocals yet again reaching new levels of intensity. This final outing sees Contact threaten to outdo its two (fairly immaculate) predecessors. Ranking Pharmakon’s output to date ultimately seems counterintuitive however. This record is better placed alongside, rather than in opposition to, Chardiet’s prior two releases. It’s another excellent entry in her catalogue of searingly distressing, and physically exhausting, noise.