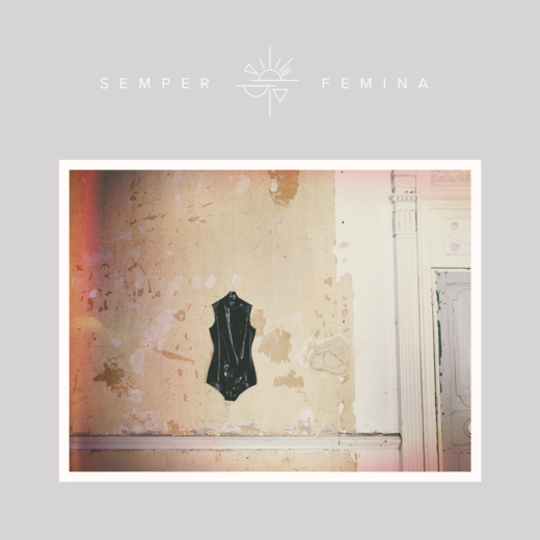 Given that Laura Marling had the title of her new album permanently inked on her thigh, you’d imagine it has a special significance for her. Semper Femina is latin for ’always a woman,’ but it also has its roots in Virgil’s Aeneid: 'varium et mutabile semper femina', which translates as 'woman is ever a fickle and changeable thing'. In her own words, she has described the record as being about her own understanding of femininity. Consequently, her sixth album feels like a continuation, or companion piece, to her Reversal of the Muse project that explored female creativity in the male-dominated music industry.

The first hint of what shape that understanding might take came with the lead single ‘Soothing'. The song also opens the album, but all-in-all it’s a bit of a red herring. It’s a super sexy track of minimalist rhythms, and Marling’s most seductive vocal to date. The release was accompanied by a fittingly sultry self-directed video featuring two latex clad women writhing around in bed. Musically, there’s a slightly foreboding quality to languid bass, and the tense flicks of electric guitar. Lyrically, Marling plants a slightly sinister air amongst the lush sensuality: “Oh, some creepy conjurer/Who touched the rim/Whose hands are in the door/I need soothing/My lips aren't moving/My God is brooding” successfully flipping expectation.

Alas, this didn’t herald the beginning of her Prince phase, as the rest of the record slips into more traditional Marling territory. That’s not to say she takes a regressive step back after the shift in style of Short Movie, instead, she sharpens and delves deeper into her already superb songwriting abilities. Vocally she continues to mature and explore what her voice is capable of. Whereas she exploits a gossamer smooth turn on ‘Soothing,’ ‘Wild Once’ finds her inhabiting a new character through clipped English intonation. The ever-so-slightly posh inflection apparent when she sings, “I was wild once” is wryly incongruous.

Equally on ‘Don’t Pass Me By’ the robotic drum machine and metallic sounding electric guitar feels distant and in distinct opposition to Marling’s lilt towards a deeper, richer and earthier singing style. And the song makes a winning melodic twist halfway through that has echoes of Dusty Springfield. But it’s ‘The Valley’ that finds her at her captivating best. Sublime rising strings match this touching tale of an enigmatic woman that is a source of fascination and feeling for Marling. It’s nigh on impossible not to be as moved, as she clearly is, when she sings, “Longing to ask her what she’s mourning, cuz I know it can’t be spoke/perhaps she’s had too much of love/can be a sickly thing”. The mysterious character charms her and is the subject of her affection: “I know she’s down there in the valley I can see her golden hair/I love you in the morning my angel of the west/I love you in the evening and I will do my very best”. It’s an example the kind of pure and unselfconscious songwriting that finds Marling at her best and potent as a songwriter.

From time to time the record touches on a slightly more political edge in this exploration of gender. Whereas ‘The Valley’ is an ode to the enchanting ambiguities of a woman, ‘Nouel’ charts the limitations imposed on them: “She’d like to be the kind of free that women still can’t be alone… a thousand artists’ muse, but you will be anything you choose”. But Nouel is an inspiration for Marling, and in that she puts forward the idea that with positive role models these limitations can be reversed: “Fickle and changeable weighing down on me/she speaks a word and it gently turns to perfect metaphor/she likes to say ‘I only play when I know what I'm playing for’".

Sometimes you’d like her to make the kind of extreme shift that is so often suggested before each new release. But as Short Movie was no less rewarding for the overstated ‘she’s gone electric’ rhetoric, this record succeeds on its own terms. As an exploratory work of her own gender, some might expect a kind of direct feminist treaty in Semper Femina - but they are likely to be disappointed. As she says, it’s her attempt to understand femininity, and that occurs here in poetic and often quite abstract fashion. Evidently, for Marling, femininity is less fickle and changeable than mesmerisingly mysterious.