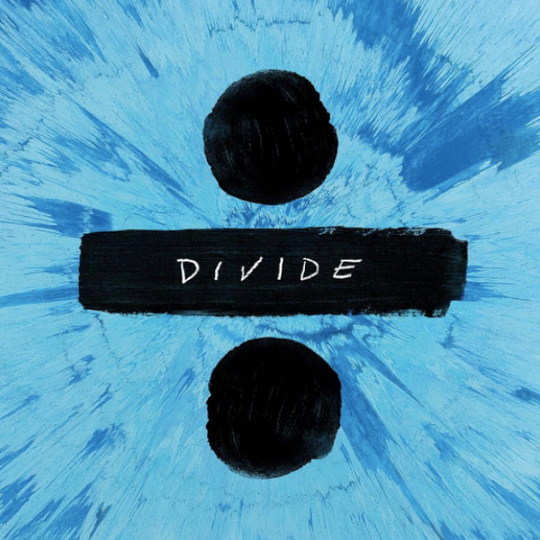 I have a friend called Mark. We started playing football together when we were seven, and since then we’ve shared many of our lives’ primal experiences: first loves, last heartbreaks, new houses, foreign trips, sporting victories, and all the births, marriages and deaths that help frame a life.

I think most of us know a Mark, and my Mark is possibly similar to yours. He owns three CDs, all of which stay in his car: an Ed Sheeran album, the newest NOW compilation and a new deluxe edition of Bob Marley Legend. If you asked him he’d say he loves music – ‘Everything really, just no wrist-slitter or heavy metal shit’ – but he’d also admit music isn’t vital to him in the way it is to me. I was best man at Mark’s wedding a few years ago, where he and his wife Ffion chose ‘One’ by Ed Sheeran for their first dance. I’m not offering this story arbitrarily but because whenever people lay into Ed Sheeran - lovely, Superdry-wearing Ed, the copper-haired Bard of Framlingham - as they often do for being boring or vapid, I think of Mark and it makes me like Ed more. Because if Mark - possibly the best person I know; a principled man with little hair who cares deeply about the well-being of his friends and family - can have an Ed Sheeran album track as his wedding song then frankly, he, the Bard, deserves our respect.

The moment this whole theory hits the buffers is when you actually sit down and spend a week consuming Ed’s music; in this case his new album ÷ which since being released has waded into the charts like a steroid-stacked, flat track bully. It’s on course to sell over 500,000 copies in the first week and, at time of writing, each of the album’s 16 tracks is in the top nineteen of the singles chart. Unless Adele rush-releases 27, ÷ is destined to be the biggest-selling album of the year and Ed, so the rumours say, will headline Glastonbury and confirm his status of ‘world’s biggest pop star’ to go with his already-held ‘pop star most you’d most likely bum a rollie off’ title.

So what of the music? The first half of the album has a handful of fairly noteworthy pop tunes. Opener ‘Eraser’ is a personal-diary-cum-rap flecked with natty Spanish-style guitar that, if not quite suggesting Ed’s waking up with a bottle of Grey Goose under his pillow, is at least partial to the extra-curricular foibles that today’s brand of squeaky clean, social-media trained popstars and fopstars view as anathema to their brand image: "You know that I’ve got whisky with white lines and smoke in my lungs / I think life has got to the point I know without it’s no fun".

The two singles released prior to the album’s release - ‘Castle On The Hill’ and ‘Shape Of You’ - are by far the strongest songs, and they’ll be familiar if you’ve listened to a commercial radio station for more than four minutes in 2017. ’Castle On The Hill’ has the kind of ringing guitars that suggest Ed has a grounding in classic, Joshua Tree-era rock, and is full of twee-but-nice reflections on youth and young adulthood that most of us can relate to. ‘Shape Of You’ is a sexy-ish, festival-ready banger with the tropical inflections that served Justin Bieber so well on his last, planet-straddling, album Purpose (whose lead single, ‘Love Yourself’, Ed of course wrote).

Elsewhere ‘Galway Girl’ is a peculiar ditty that fuses elements of Irish trad folk, rock and electro pop which Ed apparently had to battle the label to get on the record. It’s the most eccentric song here, it doesn’t really fit, but if you if you were eight Guinnesses deep in a heaving bar on Galway’s Quay Street, it would would probably be quite fun.

But, really, you’re scratching around the dustbowl for anything else that deviates from the Sheeran template. It’s all just so exceptionally well-polished, and for an artist that often gets tangentially linked with grime, ÷ is really the antithesis of anything that’s ever come out of Bow or Lewisham. It mostly veers from boyband showstoppers to Jack Johnson-esque sunshine balladry, with the latter perhaps not a surprise when you consider that – after finishing his cycle for last album x, a cycle that included a three-night-stand at Wembley Stadium - Ed took a year off to go traveling. A song like the queasily chipper ‘What Do I Know’ is destined to be played on acoustic guitars by men with man buns and tribal tattoos round the fires of Koh Samui for years to come, whilst ‘Barcelona’ again adopts that Flamenco-ish guitar, this time into a painful ode to the Catalan city that also inexplicably makes liberal use of pan pipes.

Songs like ‘Happier’, ‘Perfect’, ‘How Would You Feel (Paen)’ and ‘Dive’ could really be from any purveyor of dew-eyed, acoustic pop from the last 20 years, and invariably remind you of James Blunt, James Bay, James Arthur and many other artists in that vein not only called James.

That’s the biggest surprise here: for someone that is generally perceived as different to other popstars - in terms of his genre-splicing music, knockabout image, and everyman affability which, if you watch the Jumpers for Goalposts film that documents those frankly insane Wembley gigs, seems totally genuine - he has made the most anodyne and bland pop album possible. In a recent Guardian interview he listed the artists he sees as competition - 'Adele, Beyoncé, Taylor, Drake, the Weeknd, Bruno' - and each of them, barring Adele and possibly Bruno Mars, have recently made music that have made a unique, indelible mark on the pop landscape. I’m just not sure that, apart from selling an absolute fuck-ton of records, anything on
÷ will do that.

Still. Mark called me yesterday. He drove from Cardiff to Bolton yesterday and played it the whole way. He thinks it’s a masterpiece. If I was Ed that would be just fine for me.