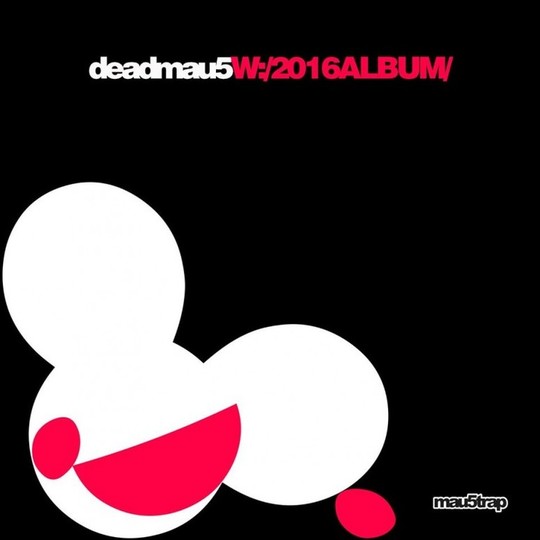 Who’d have thought, when Chris Morris and his gang thought of the Cake sketch in Brass Eye, they’d predict the future of music?

But deadmau5 has done it. He’s been doing it for years, and to great success. W:/2016ALBUM is a throwaway series of club-dance-house nothings that carve migraines out of industrial electronics. ‘2448’ has the most gleefully offensive hammer to the head synth line since Robbie Williams’ ‘Rock DJ’, with that pounding, stiflingly offensive, one-note drone of trapped celebrity wind.

So let deadmau5’s listeners eat Cake and suffer the elongated hell they deserve. ‘2448’ goes nowhere, does nothing and there is, literally, some kind of wind or creak sound at the end of it. The following faux funk of ‘Cat Thruster’ gives way to the ‘Billie Jean’ drum shuffle, which is a welcome moment of musicality, before old NES soundtracks start blipping out over basslines that Shobaleader were thrumming out in the embryo, before their mass or fine motor skills were developed.

Nothing goes anywhere, and yet every song is so long. It’s painful. What is he doing and why? Does ‘Cat Thruster’ really need to be five-and-a-half minutes? It’s followed by ‘Deus Ex Machina’ which, unlike its namesake phrase, is not a force of unexpected salvation but instead a mid-Nineties Warp Records aping piece of electro-clicking that phases in and out of a pointless, disjointed, ambient segment over the course of six-and-a-half minutes.

In some ways the mau5 deserves admiration – this musical equivalent of a Golden Razzies nominated film will probably keep Joel Zimmerman in multi-million-dollar comfort for the next year or so and the album’s highlight comes in ‘Glish’, which is a highlight purely because A) it’s a merciful two minutes and B:) it sounds precariously close to Aphex Twin’s ‘Windowlicker’.

There’s a population out there that loves deadmau5, and will gain hours of enjoyment from hearing these bloated, meandering electro doodles. People who love sound squiggles that writhe like an electronic drill placed on the brow and ineptly plunged into the brain are welcome to them, but its symptomatic of a rapidly dying art. Lonely Island captured everything that’s wrong with superstar DJs with their ‘When Will The Bass Drop?’ parody. But at least they had the courtesy to stick a tune in it.