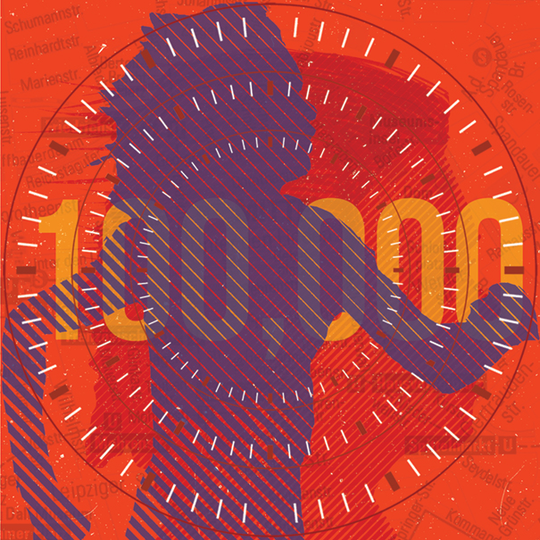 Imagine Homer without Marge. Imagine an England winter tour without a batting collapse. Imagine Jurassic Park without that John Williams score. Imagine Stan without Ollie or Eric without Ernie. Look at Xavi playing in the UAE without Iniesta. Context is everything and sometimes, when something great loses its partner, that context is lost.

On a not-entirely unrelated note, the original soundtrack to Tom Tykwer’s 1998 thriller Lola Rennt (released as Run Lola Run in English-speaking countries but I studied this as part of a German degree and I’m damn well sticking with the original) has been re-released on vinyl this month. Unfortunately DiS has not been sent the sexy, sleek cherry red – in honour of Franka Potente’s hair in the film, natch – pressing, so we have no idea how it sounds. Don’t worry though, this is less of a problem than it might be.

Tykwer’s film, for those who haven’t seen it (why not?), is one of the outstanding pieces of Nineties cinema. True, it is largely style over substance but that’s kind of the point. It’s a film that deals with the themes of chance, coincidence, fate, plurality and choice through unconventional directing and cinematography – most notably when it switches to animation. It’s also a reflection of Berlin, where the film was set and filmed, as a city of pop art. Its techno score doesn’t just dovetail perfectly with this, it is essential to the pacing too; in short, the film would not work without it.

And herein lies the problem: the soundtrack doesn’t really work without the film either. Perhaps I’m reviewing this at the wrong time. Perhaps I need to take a load of drugs and host a rave. But then it’s 2016 and I’m a grownup, so that’s not going to happen. "Nobody listen to techno", right?

Potente and Tykwer themselves contribute to the soundtrack, on the likes of ‘Believe’ and ‘Running Two’. As such, it is clear that it was – finely – crafted with the film in mind. Indeed they have become so synonymous with its imagery – Potente running desperately through Berlin, the Hitchcock pastiches in the bank – that without the visuals and the titular character it feels a bit abstract. ‘Casino’ and ‘Supermarket’ are decent, pulsating songs in their own right but even their titles are stark reminders that something is missing here. At the risk of turning into music criticism’s Andy Townsend, I feel like Tykwer has almost hit it too well with this one. The music is as important as anything else in the film. This is Lola Rennt Original Soundtrack, not Lola Rennt: Original Soundtrack nor Lola Rennt – Original Soundtrack; there is no separation. The film would not work without its music and its music does not work without the film. This is 50% of something. It is Marge’ solo spin-off.