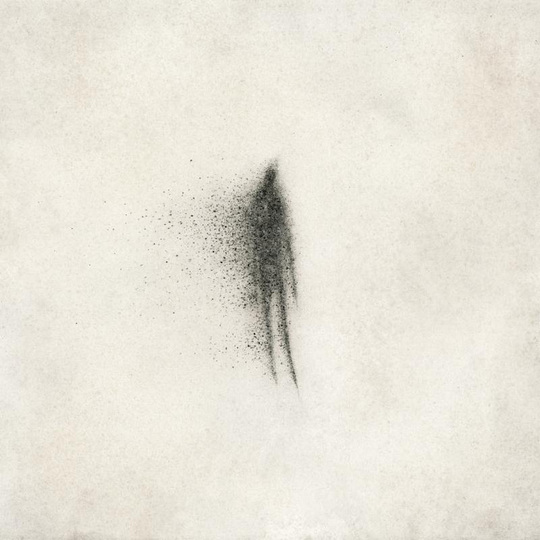 'Shattered Streams was an experiment in musical ephemerality… each song was available to stream on a loop for a maximum period of 24 hours, degrading over that time until they simply disappeared.' Organised by and during the recent, NYC edition of the Red Bull Music Academy — and as much inspired by William Basinski’s Disintegration Loops as a response to an on-demand (and at-command) listening culture—the Shattered Streams site featured works by 31 different artists over the course of May this year. Among those contributing musicians were Basinski himself and, under his Eluvium moniker, ambient composer Matthew Cooper. This was music whose shelf life was its defining characteristic, terminable and infinitely terminating. Heard today, gone tomorrow.

In fact, so successful was this experiment in transience that I up and missed the whole damn thing. That’s a shame, because in retrospect the project is revealed to be an apt precursor to False Readings On. This is music that speaks to dissolution and to ephemerality, a set of primers in How To Disappear Completely. It’s just that on Cooper’s latest, these themes are of the self, rather than digital music files. This oceanic music sketches pictures of a sense of identity dissolved and dissipated; it describes an unmistakably modern epidemic of cloudy self-doubt. The press release speaks of 'cognitive dissonance', the 'difference between belief and reality', 'anxiety and separation from one’s self'.

Cooper’s usual musical arsenal (piano, synths, samples, reverberant guitar) is nothing if not tried and true (this is Eluvium record number eight, after all), and it’s this familiar tackle which is tasked with reflecting those themes. These instruments are pushed into the red, threaded through with static, and forced to live with the natural noise floor of tape. These are lo-fi, grainy drones; often they quite literally represent the crackly sound of disintegration. The result is something grittier and more tactile than in the past. On ‘Fugue State’ (‘fugue’, meaning “a loss of awareness of one’s identity”) a sampled operatic voice crackles unintelligibly above an undulating harmonium. The lilting, characterful melody of ‘Washer Logistics’ is soon lost under a harsh static which digs its elbows in ever-deeper over the duration. Seventeen-minute ‘Posturing Through Metaphysical Collapse’, the record’s burning inner core, takes this narrative of dissolution to extremes; at its apex synths are pushed so that their internal circuitry begins to tremble and fry under the pressure.

But throughout, although the themes are somber, that beauty — that same kind that finds the composer frequently filed alongside the likes of Helios, Hammock, Stars of the Lid, the one that regular listeners have come to expect from Cooper — remains. There are some moments of pristine clarity, too, in amongst these earthy, droning compositions, with stately piano and brass piece ‘Individuation’ taking pride of place among them. So too ‘Movie Nights Revisited’, which squares off sparse, ecclesiastical choral writing against a closing section that wouldn’t have seemed out of place on Music for Airports.

False Readings On is a calmer, more pensive, and more inward-looking affair than Cooper’s recent Inventions releases (recommended excursions toward post-rock territory with Explosions in the Sky’s Mark T. Smith). Perhaps a church music for a world beset by identity crises, at the very least a lovely, eminently listenable (and re-listenable) body of work. Either way, a very welcome return from the Portlander.