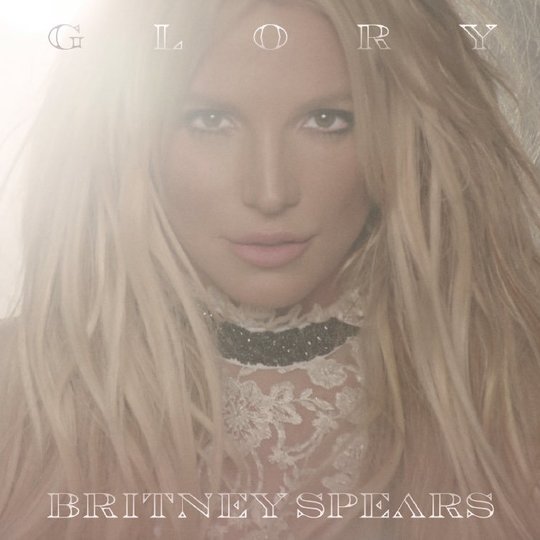 It is interesting to go back and look at Britney Spears’s infamous VMA performance ten years after the spiteful media lynching she suffered in the mid-noughties. Based on memory alone, it’s tempting to chalk the whole thing up to the bloodthirsty misogyny of a press cycle that loves to build women up only to tear them down – and of course, that’s basically what it was. But that ill-fated rendition of ‘Gimme More’ reminds us that the hysteria was based on more than Britney’s unremarkable decision to shave her head. Utterly expressionless throughout the song, Britney gives the chilling sense of being in emotional freefall, completely disconnected from everything around her. It was more than a gossip magazine story about fluffing a comeback. It was and remains genuinely uncomfortable viewing.

This ugly undercurrent of exploitation has never been far from the surface of Britney’s story – from being a child star mastered by greedy and ambitious parents, to an adult that still has a striking lack of autonomy over her own life. As early as ‘Lucky’, it was simply subsumed into the brand and packaged up as a hit single. Half a decade later, that VMA performance was the zenith of the tragic flipside to Britney’s success. This was the meeting of two brutal fault lines: a monolithic music industry’s determination to wring every last dollar from their product, and a ravenous media’s desire for celebrities’ heads on increasingly sharp spikes.

The immediate upshot of this whole situation was – oddly enough – the best record of her career. Blackout was Britney’s weirdest album at a time when the world demanded her at her safest, and anticipated cultural strains as varied as dubstep and fourth wave feminism a couple of years ahead of their time in the mainstream. Sadly, her output since has failed to build on this strange masterpiece. Instead it has felt like an extension of that VMA performance – a dialled-in descent into terrible Will.I.Am impressions, and even worse Will.I.Am collaborations. Only one year after Blackout, Circus yanked her back into the middle of the road. Femme Fatale was weighed down by behind-the-curve EDM. And 2013’s Britney Jean represented utter artistic collapse, especially a duet with her younger sister called ‘Chillin’ With You’ which can lay a legitimate claim to being the absolute low point of Western civilisation.

With Britney increasingly withdrawing from the creative process of her own output, and her collaborators seeming to follow suit, few could have been particularly optimistic about the prospect of her new album Glory. The artwork seemed to confirm these expectations, even among her remaining devotees. Badly Photoshopped, with a title written in the first free font that some hungover intern could find, it felt like we had hit the logical end point of post-2007 Britney: a complete transition from person to low-budget brand, and perhaps the label’s last desperate cash-in before putting her out to pasture for good.

Here comes the twist. Against all apparent odds, Glory is her best album in ten years. For the second time in her career, Britney has defied expectations during a low-ebb by making a truly bizarre album. It’s difficult to imagine how anyone working on this record had a clear sense of how Glory would fit into the real-life pop landscape of 2016 (or any other year, for that matter). Lurching from flamenco to New Jack Swing influences without any self-consciousness or self-awareness, it successfully repeats Blackout’s trick of using synthetic production as the backdrop to an album brimming with personality.

One of the best examples of this is the recent taster track ‘Do You Wanna Come Over?’ Purring pussycat lyrics over a pulsing bass, a flourish of steel-string guitar sends the whole thing deliciously out of joint. The bridge builds towards a huge chorus which, when it actually arrives, turns out to be nothing more than a bunch of men shouting over each other. It’s a glorious act of self-sabotage which only Britney can get away with, especially now she’s unshackled herself from the pesky expectation of commercial success. This friendly fuck-you freedom results in an amazing mid-album run, stronger than yesterday anything which could have been anticipated from Britney in 2016.

‘Man In the Moon’ moves from a barely human acapella, to a swooning, bittersweet earworm of a chorus. ‘Clumsy’ builds from doo-wop hand claps to a hollering call and response, over the top of synths exploding from blown out speakers. ‘Slumber Party’ even has a shot of being Britney’s first bona fide hit since ‘Womaniser’. All the way through there’s a playfulness to the production; a delightfully kitchen-sink approach to influences and sounds. Weeping strings seep up against 2-step drops. She sings a whole song in Spanish. There’s a bit where she goes “so good, so good, so damn, so good, so damn, so good, so right, so good”, and then a little sprinkle of xylophone because of course there is. It has childlike innocence, adolescent passion and straight up filth. It’s Britney, bitch.

If Glory has an obvious weak link it’s the songwriting. It would be interesting amazing to hear Britney combine her current studio techniques with her early Max Martin-era songs. Remember how all her late-Nineties singles had actual choruses, with a middle-eight that sent hooks into the stratosphere? (Altogether: “I must confess / That my loneliness / Is killing me NAHHH-AH-AH-AH-OOOW!”). Here there are a few too many tracks with lazy, repeated refrains in place of melodic development. For every tuneful masterstroke there is at least one forgettable ‘Hard To Forget Ya’. But even songs as bad as ‘Private Show’ – a career retrospective of Britney’s worst vocal tics – still draw strength from the album’s forward facing fearlessness. It is a welcome attribute.

Fifteen years ago, Britney felt timeless. Today she feels unstuck from time. Firmly lodged in the public consciousness is the idea of Britney as the definitive teen pop icon. Equally well established is the image of Britney as a fucked-up, divorced mother, magically middle aged in her brutish tabloid portrayal. (She is actually younger than Beyoncé). In 2016, she is both older and younger than we expect her to be. She is both more famous and less famous than we expect her to be. The real person has been obliterated by out of date public perceptions and the digitised glare of millennial celebrity. The result is a popstar who can turn out records which are contemporary-with-a-capital-C, while being completely disconnected from everything around her. During the 2007 VMAs, this was a cause for concern. On Glory it is something to celebrate; the sound of a Britney Spears much more confident and comfortable in herself than she has seemed in years.