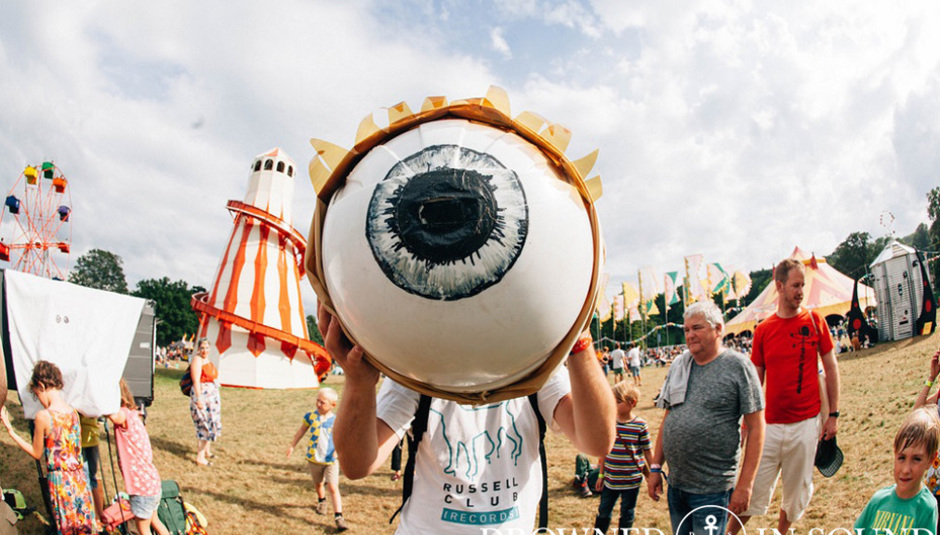 Over the past few weeks, in the run up to our 15th anniversary, we've been asking you (i.e. our followers on social media) which acts you have discovered through either our forums or editorial.

From all of your suggestions we have compiled a playlist of your picks. Think of it as the ultimate bluffer's guide to DiS.

From all of your replies, it's been fascinating to see a few names cropping up time and time again. Some are acts like The National who through the course of their career have been written about by the site, but constantly enthused about on the forums. There was M83 who we've always adored at DiS HQ and raised a few brows by making Saturdays = Youth our album of the year. It wasn't much a surprise to us to see both of those acts 'crossover' to play far bigger venues. Similarly and perhaps unsurprisingly, Sharon Van Etten, Hookworms, Electrelane, and Emeralds, who at one time or another have been album of the year, popped up in a lot of your discovery lists too.

There were bands that 'back in the day' we didn't shut up about cropped up in many of your responses. ¡Forward, Russia!, Biffy Clyro, Pretty Girls Make Graves, Bloc Party, Jeniferever, Hope of the States, Youthmovies, Foals, and Winnebago Deal were probably the acts who played more DiS events than most, and were never far from the fore of our mind. Some went on to be massive. Some now do things like manage bands and teach music and things. We didn't really know or care at the time which act would have what career trajectory, we just loved them all. And recommending music is what we do, we'll leave predicting the future to people with limbs on the line.

What was perhaps more surprising from your replies were more recent big hitters that readers had only given the time of day because of us. Names like chart-sensation Carly Rae Jepsen and arena-fillers Paramore aren't who many would expect us to cover, but that's who we are and what we like. It won't be a surprise to regulars, but to be clear, we don't pull up the drawbridge if Albini isn't twiddling the knobs or it doesn't say Matador on the back cover. Then again, We're glad none of you remembered that we put on the second ever razorlight gig and once tipped The Ordinary Boys, not sure our 'indie cred' could handle that....

In recent times, we haven't really gone overboard about as many brand new bands as we once did. Perhaps it's because we're growing up and sick of bands we love never quite getting the breaks they deserve (the fact New Look didn't become massive still baffles me). Maybe it's because I had a theory that an obsession with new music was more damaging to the music business than piracy... Instead of telling you about every new act you should have on your radar, we've focussed our attentions on artists with albums out. Maybe those sites that tip 20 acts a week can say they covered big acts first, but they also drowned - ahem - that out with 500 acts a year who never amounted to anything and were never mentioned by them again...

We have made exceptions for exceptional acts and we're glad that in limiting our signal on the noisy internet some of you have picked up on acts like EMA who blew our minds when her PR first sent us 'The Grey Ship' or those undeniable Wolf Alice hooks or that moment of wow when Erased Tapes first sent us a track by Nils Frahm.

Thank you to everyone who's read, listened and found music to love from the site. Your replies reminded us why we do this, and we're glad the past 15 years haven't been a complete waste of time.

Who did we forget?

Thank you for all the nice 15th birthday wishes. We made you a playlist. We probably forgot some of your suggestions. It's not too late.

Posted by Drowned in Sound on Saturday, 3 October 2015

Heard them here first? Your and our favourite DiScoveries of DiS' first 15 years http://t.co/Lvwxu47Rpx #DISat15 pic.twitter.com/ys19lJ2Hb6