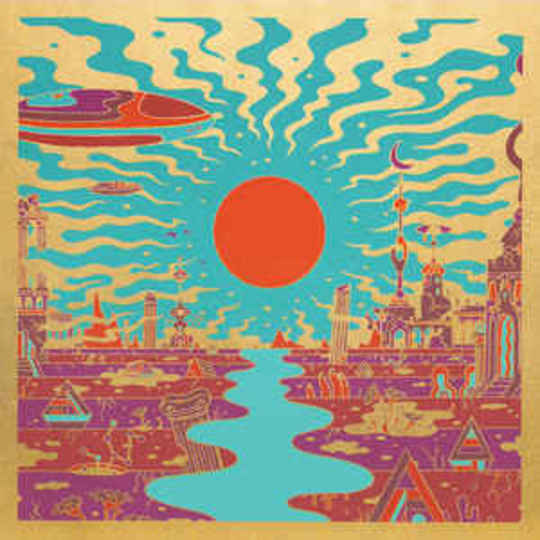 It's been something of a baptism of fire for Californian musician-cum-songwriter Morgan Delt. Having released a six-song cassette in 2013 followed by a self-titled debut on Trouble In Mind the following January that alerted revered London imprint Sonic Cathedral to his wares, he's become a hot property, courted and coveted by labels on both sides of the Atlantic.

Having eventually opted to go with Sub Pop, Phase Zero documents the first installment of his latest era and while offering a greater insight into Delt's background and obvious attention to detail, it rarely offers anything new either to a genre that's fast becoming homogeneous.

Phase Zero really isn't bad, but in a year that's given us sterling releases from the likes of Amber Arcades, Fews, Money, Desert Mountain Tribe and Minor Victories among countless others, it just feels fairly run of the mill by comparison. Indeed, that's part of the problem with many releases festooned under the psych umbrella at present. While I'm sure Delt and many of his peers would be horrified at suggesting there's any plagiarism involved – I'm perfectly sure there isn't – it seems like many of the current crop follow one of four definitive paths. Those carved out by The Brian Jonestown Massacre and their ilk, its noisier brother as ably demonstrated by The Black Angels, dreamy prog-infused stadium rock as perpetuated by Tame Impala or psychedelic pop steeped in West Coast sixties references as administered by Temples.

On this occasion, Delt succinctly proffers the latter two which ultimately results in Phase Zero being a mixed bag that could be best described as four pieces of classic Californian pop and six psych by numbers that act merely as filler. For example, three of the four songs that make up the tail end of the record are pretty indistinguishable from one another. Although the third of those, 'Escape Capsule' suggests the sonic flotation dreamworld method could be Delt's most viable option going forwards. Likewise on album closer 'Some Sunsick Day', which borrows from The Byrds 'We'll Meet Again' yet emits an exquisite beauty of its own doing.

Elsewhere, 'The System Of 1000 Lies' segues effortlessly out of opener 'I Don't Wanna See What's Happening Outside' into heavily looped, laidback opulence, while the upbeat 'Sun Powers' complete with an outro inspired by Primal Scream's 'Higher Than The Sun' takes Phase Zero into adventurously rocky territory.

Unfortunately such highlights are few and far between and while the rest of the album doesn't feel out of sync or flow indiscriminately there's little else to get excited about either. Maybe it's time to cut those shackles loose and fast forward a decade or two for inspiration after all as Morgan Delt clearly has a lot to offer as anyone that's witnessed one of his charismatic live shows will testify.