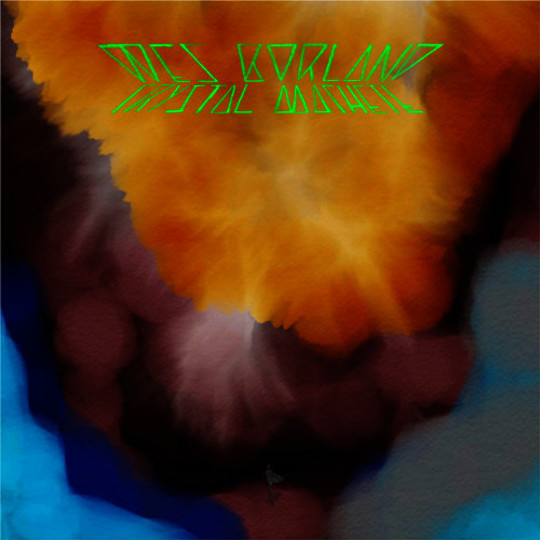 There are many reasons to love Wes Borland. First and foremost though, he’s an amazing guitar player, which is why I was a little surprised to hear that on the mission statement he set himself before recording Crystal Machete, he talked about how he wanted no distorted guitars, only computerised vocals, and for it to be thought of more of a soundtrack to an imaginary Eighties sci-fi flick than a stand-alone album. ‘Christ, that sounds like a right fucking mess’ I may or may not have muttered under my breath.

Thankfully, I was wrong.

The funny thing is, I can barely think of a more together album than Crystal Machete. It flows and connects together pretty damn wonderfully, and a few ill-judged forays into electronica aside, it’s basically one of the better post-rock albums of the last five or so years. Yes - this is most definitely a post-rock album.

This is another thing to like about Wes Borland. He’s a seriously good metal guitarist, and can knock riffs out like they’re nothing, but this record (his first under his own name) sees him completely abandon that approach for something grander, more cinematic and way more than just ‘the dude from Limp Bizkit makes a weird record’, which to be fair, he did a long time ago.

I guess the Limp Bizkit thing will always hang over Borland, and up until a few years ago, it seemed to hang heavy. After leaving and re-joining at least twice, he seems now to have made his peace with being in one of the biggest, and yet most maligned rock bands of the past two decades or so. Better journalists than me have attempted to put Limp Bizkit into some sort of context for the ages, and this AV Club article does a much better job than I could ever attempt to do, but for me, Limp Bizkit will always be that very visceral, pretty silly band that got way too famous for its own good.

Gone are the costumes, the riffs, and the grandstanding, and here we have a really serene, beguiling record - a beautiful, sprawling post-rock mini epic, full of ebb and flow, gently lilting guitars that intersect and drift over electronic pulses and loose, Lynchian rhythms. He’s not afraid to leave tracks to breathe and move, and on more than one occasion, he decides to completely switch gears, and take a song in a completely different direction. Opener ’Main Titles’ sees him move from elegiac Hammock-esque ambience to a weird, cyber-country affair, complete with buzzing Moog bassline and plucked banjo. ‘Vlatva’ sees him shape shift into neo-noir territory, and take a pinch of a twangy GY!BE and add it to a Twin Peaks themed jazz atmosphere.

There’s a lot of space here, too. It’s oddly more affecting than a lot of ‘serious’ post rock bands. Wes gets it. He gets the experimental aspect of it, and isn’t afraid to keep a languid jazz groove going and wig out with pedals if that’s where the mood is taking it, like it does on the nearly-nine-minute album closer ‘End Titles’.

A lot of bands in the genre tend to panic, give up and just go for the big, fuzzy crescendo thing and spend endless amounts of run time painfully trying to lead up to that inevitable point. Borland doesn’t really see the need for that, and Crystal Machete is a much stronger, more rounded album because of it.

I wish I could say it was all like this, but sadly Wes makes a few clumsy mis-steps into IDM. Tracks like ‘White Stallion’ and the title track come across more as rushed demo patches on a software synth rather than fully formed ideas. I kinda know what he’s trying to do, but the lack of nuance really upsets the flow of the record. Instead of the dense, moody, Chromatics style slo-mo techno I thought we’d get from a Wes Borland electronica track, we get under-developed ideas based around boring arpeggios and sub-Reznor synth atmospherics, gurgling on for way longer than strictly necessary.

The most frustrating thing about it is that elsewhere on the record, he demonstrates a real understanding of how to marry electronic elements to a more traditional guitar based sound. The sprawling 11 minutes of ’Svalbard’, for example, sees him pitch Air in their Virgin Suicides era to Justice’s eccentric buzzsaw synths via a smoky Reznor-style production.

‘Jubilee’, ‘Son Of A Gun’ and ‘The Cliffs’ all find him in a pretty jolly mood too - perhaps a break in the imagined film’s otherwise dark narrative, or just Wes feeling particularly light that day, they offer another curveball in this album already teeming with them. ‘The Cliffs’ eventually slows to a crawl in a mass of reverbed, twangy Explosions in the Sky guitars, before the aforementioned ‘End Titles’ wigs out very slowly for a good 9 minutes to send you on home.

I guess for 99% of people, Wes Borland is nothing more than a guy who wears silly costumes and plays ‘Nookie’ in front of frat bros for a living, but under that surface, there’s an adventurous musician, who doesn’t always get it right, granted, but isn’t afraid to try. For someone who once said that metal bores him so much he wants to 'stab out my eyes with screwdrivers'), it should come as no surprise that he’d try something as genuinely perplexing as Crystal Machete.

Give a Glimpse of What Yer Not