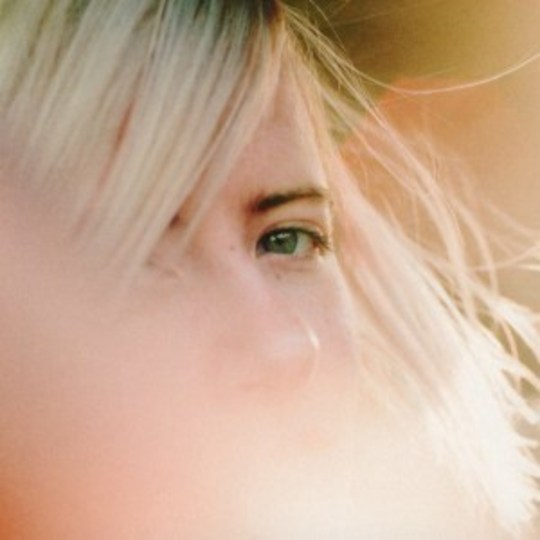 The back story behind Amber Arcades is almost as fascinating the music. It's essentially the solo project of multi instrumentalist and singer songwriter Annelotte De Graaf, who by day works as a legal aide for Syrian refugees in her native Utrecht. Prior to that, she sat on United Nations tribunals dedicated to war crimes. Clearly well versed on humanitarian issues, it shouldn't come as a surprise that her debut, Fading Lines, is one of the most quietly unassuming yet inherently beautiful records to grace our speakers in years. But then even the story of Amber Arcades eventually signing to revered UK independent Heavenly is shrouded in more luck than judgment. An occasional flatmate of De Graaf's secured a job with the label and handing them a demo on the off chance someone might listen to it. Which might seem preposterous on the surface yet would have been an even bigger travesty had these songs not been heard in the first place. Nevertheless, eventually signing in January of this year, we're here now with arguably the finest debut release of 2016.

The Amber Arcades story goes back a little further. Just under four years to be precise, which is when De Graaf started the project. Having written a batch of songs, she drafted in a batch of musicians mainly as a vehicle for playing them live. However, with day jobs taking precedence and an apparent lack of interest outside of her homeland, it never became a band as such. Hence the reason Amber Arcades touring outfit is very different from the one that recorded the songs here. In person at least. Fast forward to the summer of 2015 and keen to record an album irrespective of whether anyone would release it, De Graaf paid for a flight to New York out of what little savings she had and hooked up with Ben Greenberg, who'd previously worked on Destruction Unit's Deep Trip and Clash The Truth by Beach Fossils. Although essentially from a punk background, his work on the aforementioned Beach Fossils record was what alerted De Graaf, and four weeks later, Fading Lines was finished.

Aided and abetted by Shane Butler and Keven Lareau of Quilt, along with Real Estate drummer Jackson Pollis, acclaimed singer/songwriter Kevin Morby and Hand Habits guitarist Meg Duffy, the New York sessions were an unmitigated success, not only producing the ten songs that ended up on Fading Lines but also the Patiently EP that preceded it last year. Perhaps it was inevitable that Amber Arcades would be picked up by someone, but even so, how she eventually got there is quite remarkable, especially in the current climate.

So here we are with an album that contains no filler whatsoever., that doesn't repeat itself even if some of the reference points are quite identifiable. And more importantly never loses the impact or initial excitement encountered by that first listen to every subsequent one after. If anything, Fading Lines has an insatiable quality about it. That certain something that makes the listener want to go back to the start the minute it's finished and play it all over again.

From the moment 'Come With Me' opens the album, all playfully chiming, shimmering guitars which fit perfectly with De Graaf's deftly tuned vocal. Indeed for the most part, her voice becomes an extra level of instrumentation in itself in a way not too dissimilar from Laetitia Sadier's with Stereolab or Molly Rankin of Alvvays. This is dream pop in its most literal sense. Each lyric accentuated in such a way that it becomes part of the subconscious.

'Constant's Dream', one of two songs here that also appeared on last year's Patiently EP changes the tone and pace somewhat. Taking the form of a mellow, semi-acoustic lament that explores the concept of a last wish before death, De Graaf insisting "But it was just a dream" at the outset of the chorus. Simple yet effective in both execution and delivery, it would be a clear standout on almost every other record released this year but here, in this company, finds itself on a parallel with the rest.

The title track itself is similar in structure to 'Road' off the first House Of Love LP, albeit in a slightly different (and more upbeat) key. Once again dreamily executed, it takes on a whole new discourse by the outro which could then segue into another song by itself. 'I Will Follow' and 'Perpetuum Mobile' switch the tempo once more, the former taking on a maudlin persona against the latter's winsome bossa nova which bears passing resemblance to Sam Cooke's 'Stand By Me', albeit with glistening intentions.

And so it continues from beginning to end. Recent single 'Right Now' sees De Graaf return to pop mode, its middle eight falling somewhere between Adorable's 'Sunshine Smile' and 'Let's Kill Music' by The Cooper Temple Clause. 'Apophenia', the other track to appear on Patiently takes De Graaf into previously unchartered territories, its haunting melody perfectly adorned by Meg Duffy's distinctive countrified guitar twang. "I know my own memory" declares De Graaf on 'This Time', which could be a Nancy Sinatra outtake from the Sixties in a parallel universe. Heartfelt closer 'White Fuzz' takes the form of a sentimental ballad. "If only we could stay the same" implores De Graaf ruefully over a minimal production that brings Fading Lines to its eventual end.

Prior to that, 'Turning Light' delivers seven minutes of motorik-driven bliss. A live favourite and regular finale to Amber Arcades set, there's elements of Stereolab, Hawkwind and Yo La Tango in its make up and with lyrics like "We saw the ending before it had arrived" such comparisons ring true. Dancefloor friendly in a seismic way, it represents Amber Arcades at their most definitive and sits perfectly poised as Fading Lines' penultimate offering.

For a label that regularly come up trumps, Heavenly must be proud of their latest signings because Amber Arcades have released the finest debut on their roster since Doves' Lost Souls. And that in itself is no mean feat. A remarkable record that simply demands your attention.