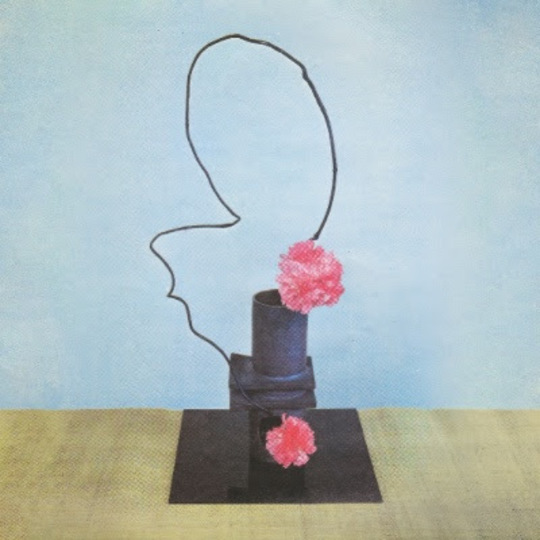 Australia is certainly kicking out the jams these days. Courtney Barnett’s ploughing a furrow of expertly executed deadpan observational guitar based ditties, and Tame Impala have nailed the psychedelic rock niche of alternative music in a very successful fashion. Musically the marvellously dubbed Methyl Ethel are closer to the latter, although lyrically Jake Webb can serve up as droll a line as Barnett when the mood takes him.

The trio hail from Perth, Australia. Chris Wright (drums) and Thom Stewart (bass) were recruited after Webb’s compositions (on which he originally played every instrument) began to garner the attention of local media. And thus Methyl Ethel were born. Apparently the band’s epithet is a riff on a compound Webb’s father uses for fibreglassing - as good an inspiration as any you might suppose.

Oh Inhuman Spectacle's title, unlike the band’s slightly baffling but nonetheless amusing moniker, seems like more of a ruse. Despite its suggestion the record is inherently human in its euphonious melodies and lyrical preoccupations. Many of the songs deal with an ungraspable transitory love. ‘Shadowboxing’s’ slightly frenzied and desperate vocals recall, “In the middle of the night time I was in love with you, honestly, but every time I get a little bit further away from you, can’t you see? I run to you. What can I do?” And ‘Rogues’ gently laments, “Why don’t you remember back in the summer time it was so hot? We wanted to escape together, but we didn’t know it. Didn’t know know it In the summer when its 40 degrees outside, and inside its 43. Its the 43”

Methyl Ethel hit on many contemporary musical touchstones throughout the record. ‘Swim’s distorted vocal, subtle synths and droplets of guitar recall Beach House’s dreamy aesthetic. And Webb’s vocal’s on ‘Idée Fixe’s mid paced groove rest on a similar pitch to that of MGMT’s Andrew VanWyngarden. But that’s not to say that the band merely ape those acts; they fashion their own path whilst referencing an array of influences, and there’s a level of self awareness, “And I’m here to rate these things is all it is. Yes I am here to rate these things that I say.”

That said this is a record firmly placed within the modish psychedelic rock alcove that has proved so popular over the past ten years or so. Methyl Ethel tackle it most successfully on 'Twilight Drive'. It has the record's strongest hook and its twinkling guitars and soaring sax evoke those twilight hours most effectively: “Twilight driving gotta watch out for the roos. Well, it's the early morning baby I said ‘why don't you hit the snooze?’” It’s a great example of Webb’s talent as a songwriter.

Despite such strong opening tracks the album does dip towards the middle. ‘Depth Perception’s predominantly experimental instrumental meandering, although not a digression from the album’s atmospherics or themes, is a little plodding. Similarly, ‘Unbalancing Act’ feels like an unnecessary interlude. The pace is picked up with the charmingly jaunty ‘Obscura’ fit with an addictive guitar riff and stumbling rhythm, and the ethereal closer ‘Everything Is As It Should Be’ is a glimmering beaut of a tune. But overall it’s a record of two halves - the first being the strongest.

Methyl Ethel lack the bombastic immediacy of Tame Impala or the go-for-the-jugular tune-age of MGMT, but their marginally more low key approach does hit the psychedelic pop sweet spot on many occasions. The first few tracks on Oh Inhuman Spectacle set a high bar not quite maintained throughout, but still, the record is a promising début and a perfect soundtrack for those mysterious twilight hours.