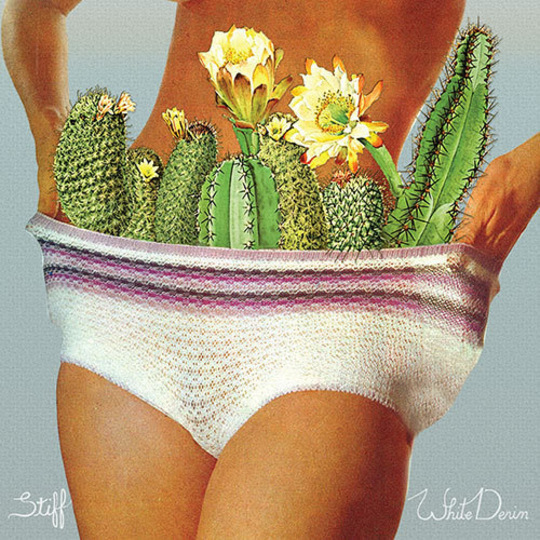 It’s been five years since I first saw White Denim on a practically deserted main stage at Pukkelpop 2011. It was a baking hot day, one that Texas would be proud of, and my first taste of that twitchy festival atmosphere. Not long afterwards a monumental storm tore down two stages and cancelled the whole event.

A year later I saw them rip through a sweltering set at The Cockpit in Leeds, one of the best gig experiences of my life at the time. The venue closed down fairly soon after.

It might seem self-serving to be rattling off anecdotes like this - I’m 21, not exactly a wizened old-timer – but these were some of my formative experiences as a gig-goer, scored by the lawless clutter of White Denim’s early records.

And what better a soundtrack could I have picked? Debut Workout Holiday and follow up Fits were tanked up with all the hectic abandon of youth, equal parts raucous, rowdy garage rock and studious Seventies prog noodling. Back before basically everyone made albums in their bedroom, hearing music so brash produced from the confines of a 27ft trailer in the woods was officially the 'coolest thing ever, man', and it holds up pretty well now too, even in the midst of a revival of DIY rock music.

The second phase of White Denim though, saw the band scrap the scruffy novelty – expanding to a four-piece, leaving the infamous trailer for a studio, and, on Corsicana Lemonade, enlisting half-Dylan-half-villain Jeff Tweedy to pave the way for a (perhaps predictable) embracing of southern rock and alt-Country. The once formidable Texan bar band were now a noticeably feebler force, closer to a Black Keys counterpart than the group I saw change the weather in Belgium.

Lead single ‘Holda You (I’m Psycho)’ provides the best taste of what Stiff has to offer, with its positively eye-watering lead guitar and a rhythm section locked together at breakneck speed - as you’d expect from White Denim at this point. Frontman James Petralli remains on good form too, yowling, “be yourself…and try to have a good time” on ‘Ha Ha Ha Ha (Yeah)’ like the world’s grooviest church pastor. ‘Real Deal Momma’ is just as much a barnburner as the title suggests, complete with Manzarek-ian keyboard stabs and that Certified Rock n’ Roll™ chord sequence, while ‘(I’m the One) Big Big Fun’ makes liberal use of that Eighties wah effect everyone hates to love. Closer ‘Thank You’, too, is delightfully slippery, shifting from something resembling jazz-fusion to a sunset-tinged ballad by the end.

There’s nothing here to suggest White Denim come into this record with two members replaced – the guitar lines still snake around impressively, the drums still skitter and shimmy with ease. A testament to their versatility, sure, but indicative of a rather gaping fault – since Corsicana the band have worn their true blue Texan hearts so much on their sleeves that, Petralli’s squawks aside, there aren’t many things truly unique to them. They were never reinventing the wheel anyway, but take away the playful grit of their early records and little remains that hasn’t been already peddled.

Nevertheless, Stiff is a hard record to dislike – sometimes all you need for a good time is some well produced, straightforward rawk n’ roll, a good throwback album to channel your inner guitar purist to. If that’s what you’re looking for, Stiff more than fits the bill.