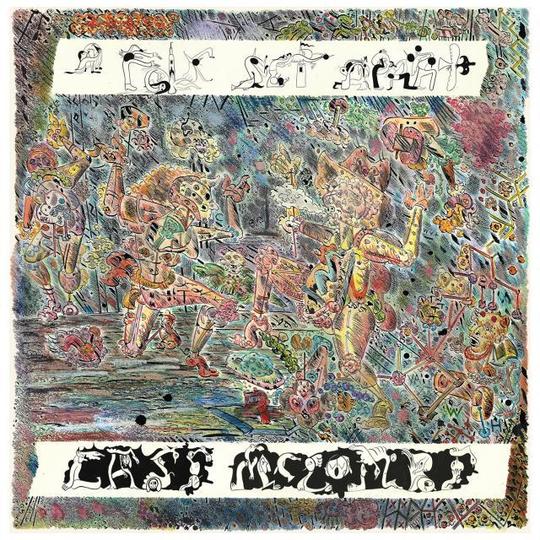 Those of you who already know and love Cass McCombs know exactly why A Folk Set Apart is an important collection; go buy it, or stream it, whatever. For those who don’t, welcome to the magical world of Cass. It’s usually catchy and always bewildering.

In the great tradition of cult artists, Cass McCombs has never been less popular than he was the previous year, which has given his craft considerable room in which to evolve. He has never released a truly unenjoyable record, and, with each new release, his capacity for evolution becomes more and more apparent. It seems that the quality of artists’ output increases until their popularity peaks, at which point quality begins to drop off, either in deference to keeping the business aloft, or due to an audience’s sudden loss of interest. A lack of widespread commercial acclaim—while perhaps financially challenging—gives the artist something to prove each time out. The pattern follows for Cass: if not his best record from start to finish, 2013’s Big Wheel and Others at least featured many of his very finest compositions.

Now, Cass McCombs has earned the right to release his first outtakes and rarities album. A Folk Set Apart is billed as a reinterpretation of the first decade-and-a-bit of McCombs’s already impressive career. That 'Folk' in the title might deceive you; while conventional wisdom does cast Cass McCombs as a folksinger, his songs fit comfortably in the garments of many different genres. Most notable on A Folk Set Apart is the surprising presence of punk. Songs like 'Tourist Woman' (PREfection, 2005) and “Love Thine Enemy” (Humor Risk, 2011) have somewhat evidenced McCombs’s heavier side, but the first half of A Folk Set Apart crystallises it. 'I Cannot Lie' and 'Oatmeal' capture McCombs in lonesome-seeming youth, expressing himself in a familiar, comfortable medium. 'An Other' is as aesthetically challenging as Cass McCombs has ever been, his voice disconcertingly present in the mix, the two guitars a beat apart from the song’s middle to its conclusion. 'If You Loved Me Before?', while not strictly punk, harkens to the rich, plodding darkness of Wit’s End, but shows up far dirtier than, say, 'Memory’s Stain'.

As it edges into its second half—and as its author matures – A Folk Set Apart starts to get a lot more familiar. 'Evangeline' could well have found a home on PREfection—or Magical Mystery Tour, for that matter. 'Bradley Manning' is folk protest in the traditional sense, plus Facebook quotes. The four-song stretch between 'Three Men Sitting on a Hollow Log' and 'Texas' recalls the haunted folk-and-blues landscapes of Big Wheel and Others, Phish’s Mike Gordon contributing an indelibly psychedelic vocal to the lattermost track.

Considered as a retelling of McCombs’s career thus far, A Folk Set Apart mostly agrees with the original tale, but adds some new aesthetic information. I knew he had a heavier electric side, but I didn’t realise how secure his punk rock roots were. Consistent to what we already know, McCombs has always been a good melodist and interesting songwriter, and his compositions have become more economical and informed as he’s aged. Recognisable here are the complex lyrics and eternal-seeming melodies that characterise his best material. The variable genre, juxtaposed against consistent structural and lyrical habits, depicts Cass McCombs as a wanderer, an explorer of form and content, more fascinated with exploration than popularity. And, now that he is actually popular, the record of his experiments in form confirm him as a Great Artist, too. It’s long, so buckle up, but know that there ain’t a dull moment along the way.