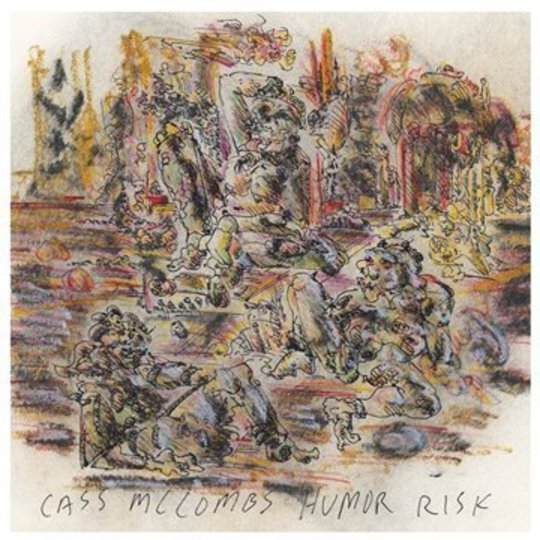 Of the many charges you can level at Cass McCombs (aloof, introspective, just plain weird), no one will ever brand one of America’s finest singer-songwriters as lazy. Humor Risk is McCombs’ second album of 2011, following on from the bleak Wit’s End released in April, and a fine counterpoint to the compelling funeral march of ‘County Line’ and ‘Saturday Song’. Hell, you could even describe it as cheerful at points.

“Love thine enemy,” drawls McCombs with a louche Californian swagger on the album’s opening track of the same title. “Love thine enemy but hate the lack of sincerity.” As jokes go it’s a gentle rib-tickler but a rib-tickler nonetheless and one which sets the tone for a subtly charming record. Those familiar with our frequently tortured hero will find this new levity a minor revelation. Those who’ve yet to experience the likes of ‘The Executioner's Song’ are in for a bit of a shock when they delve into his sterling back catalogue.

It’s hard to tell how much of a direct contrast to Wit’s End McCombs designed Humor Risk to be and how much the cards just fell that way. We could of course ask the man but, since he now only conducts interviews by postal mail, getting an answer might take a while. The evidence certainly indicates a pointed desire to shun the gloomy shroud that hung over his 'fifth-and-a-half album'.

Culled from the same sessions as Wit’s End, Humor Risk is also eight tracks long but holds a greatly lessened running time. Songs like ‘Mystery Mail’ and ‘The Same Thing’ can even be described as jaunty, the kind of ditties you could gently strut along to given a sunny day and a sudden penchant for ramshackle indie-pop.

That’s not to say McCombs has suddenly turned the corner marked 'radio friendly'. The rambling string-picking that makes up ‘Mariah’ sounds like it was recorded deep within the bowls of a vast well with the vocal and guitar microphones at entirely opposing ends. ‘The Living Word’ is also the prettiest song with a loosely Biblical theme you’ll hear all year, “The word came first, in the beginning came the word.”

While Humor Risk less instantly memorable than Wit’s End, it’s a lot easier to digest and is probably the record you’ll end up spinning most out of the two. Placed together, the pair stand as a neat assessment of McCombs’ silky talent to combine gloom with old country glamour. Neither of these are ‘classic’ records but they’re classic Cass and that should be good enough for anyone who lends their ears to this flawed but brilliant individual.