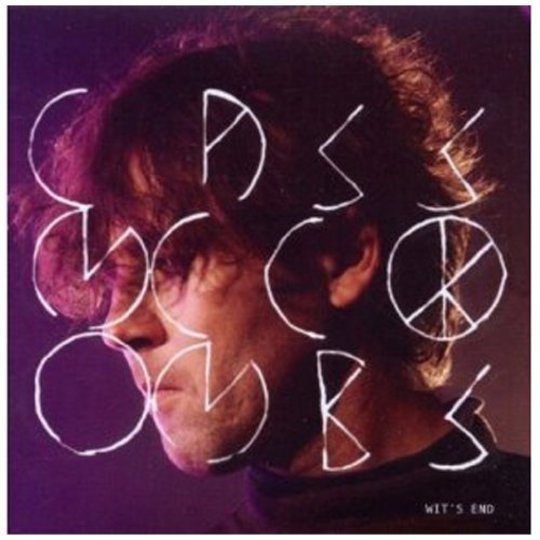 Coming to review Wit’s End almost half a year on from its April release is a perversely appropriate task. Although it won’t take five months for Cass McCombs’ latest record to fully sink in, his “fifth-and-a-half” album is not one to thrust itself upon you with engaging immediacy. Accompanied by its sister LP Humor Risk on November 7, perhaps this bleak, almost percussion-free offering will reveal its secretive wares in one showy flourish but that would be an almighty shame.

While McCombs’ has always had an eye for skeletal folk of a dour nature, his last effort Catacombs was hardly a cheer-fest, Wit’s End is the worst imaginable soundtrack for a celebratory X Factor montage. Opening on the waifish organ crawl of ‘County Line’ it’s clear our morose companion has not cheered with middle age, “On my way to you, old county, hoping nothing’s changed, that your pain is never-ending, that is, it’s still the same.” To underline the album’s general mood, this isn’t even its most down-trodden track.

That honour belongs to the creeping piano epitaph ‘Saturday Song’, in which McCombs’ lingering voice fixates on the memory of an unnamed girl laid to rest in “empty houses and family plots.” Joyous this ain’t but to dismiss Wit’s End on account of its austere subject matter would do a great disservice to the considerable songcraft exacted upon a fine record. Despite running at a funereal pace, none of the eight featured songs ever come off as slight or underwhelming.

Sure ‘The Lonely Doll’ and ‘Memory’s Stain’ conjure up a slow brand of entrancement, luxuriating as they break across a vast expanse of silence, yet there’s a captivating mystique in their creaking magnificence. Even ‘A Knock Upon The Door’, which expands a simple and unchanging chord progression across nine minutes and 37 seconds, conjures an enchanting coo from a bitter tale of “harlots” and “Memphis huckster-Hitler-hustlers.” The key to joy here is accepting its scarcity, rather than embarking on a desperate search for chinks of humour and hope. Once the darkness has subsumed you, the warm flickers of reflection in ‘Buried Alive’ and ‘Pleasant Hermit’s Song’ will become apparent. They’re few and far between but nevertheless there, gyrating in a buoyant waltz beneath the fabric of a fascinatingly morbid listen.

In spite of its own unhurried nature, Wit’s End lacks the glamour or the revelatory staying power that befits an ‘end of 2011’ list-topper. Soon it could well be overshadowed by its imminent follow-up. Languishing in semi-anonymity is a fate that may seem apt for such an unassuming record however, it’s not a deserved one. All of Cass McCombs’ deliberate ambiguities add up to a beguiling character worth shouting about, even if he’s not willing to do it himself. Give this album a spin and join its gently strident fan base.