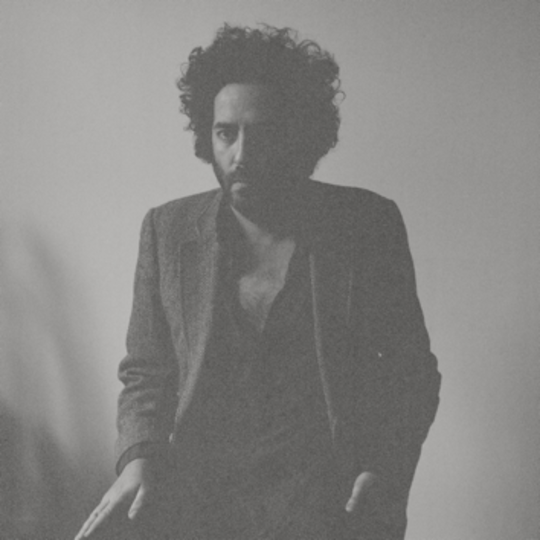 Reviewing music objectively is never easy. Prejudices run deep, favouritism even deeper. As someone who has been playing the music hack game for a fair while now I like to think that my writing is largely free of the former. However only the most naïve music writer could think they had escaped favouritism and its dictatorial power over musical preferences. This is particularly true of the artists whose work acts as a near constant in our lives. Those who have a catalogue substantial and powerful enough to provide the same hit over and over. These artists don’t just mean something to use, in a sense their work becomes us (or we become it?)

For me Daniel Bejar is one such artist, and his catalogue as Destroyer has come to be paralleled perhaps only by Nick Cave’s as that which I turn to in all weather and all situations. Sometimes I listen to Destroyer whilst working. Sometimes I listen to Destroyer in the dark when I don’t want to focus on anything else, or when I am travelling, or when I am washing the dishes, or when I am hungover. In fact Bejar is one of very few musicians whose work has invaded my life to an extent that there are probably relatively few activities I engage in that Destroyer records have not soundtracked at some point or other. There is just something about Bejar’s way with words, and about the inconsistent – occasionally rambling – musical formations that Destroyer records tend to employ, that continues to hit me with the same intensity even after several years.

This means that I cannot pretend that I have approached Poison Season with anything even remotely resembling detached objectivity, but I can try my best to consider what it would be like to approach this record as someone new to Destroyer. I imagine a sense of mild bafflement might arise early on. With all the noise about 2011’s majestic Kaputt casting Bejar as a crafter of gorgeous, albeit long-form, pop nuggets, Poison Season seems wilfully unwilling to cut corners towards accessibility. It bursts into deliberately stuttering life with second track ‘Dream Lover’ before collapsing into off-kilter melancholia with ‘Forces from Above’ and ‘Hell’. Before the album is over any new listener may well have had their fill of ambient washes, purposefully obtuse arrangements and Bejar’s contradictory poetry. However, much like even the most obscurely poised Destroyer records – debut We’ll Build Them a Golden Bridge and 2002’s brilliantly disorganised This Night spring to mind – there’s enough allure in Poison Season’s oddities to make it highly listenable.

This is partially the flipside of the coin. The striking oddness of much of Bejar’s lyrical imagery, and the tendency towards loose arrangements that constantly seem on the verge of collapse, is just as endearing as it is off-putting. Bejar’s lackadaisical eloquence is such that he appears almost as an underdog, even though the obvious complexity and depth of what is being presented betray him to be something other than a slacker. On one hand this makes him an outlier, but it also makes him exceptionally engaging.

The moment Poison Season first really hits me occurs somewhere between Grantham and Peterborough on the East Coast line. ‘Girl in a Sling’ has just ended, and ‘Times Square’ – the second of three variations – has begun. Bejar rejigs the lines that opened the album. “The writing on the wall wasn’t writing at all, just forces of nature in love with a radio station”. Then ‘Archer on the Beach’ glides in with its slinky new bass line. “The ash king’s made of ashes, the ice queen’s made of snow”. It saunters through the best part of five minutes, Bejar’s vocals tiptoeing amongst what threatens to become a maelstrom of sax squalls and piano. “The ice queen’s made of ashes, the ash king’s made of snow”.

There’s a line near the end of the album – “You float down the Rhine clutching a plastic bag" from ‘Sun in the Sky’ – that encapsulates perfectly the brilliance of this question, one at the heart of all Destroyer’s best work. There is an almost blasé disregard for convention in so much of Bejar’s approach that belies their impact. His songs feel like stories of events rendered near incomprehensible by the unreliability of their narrator, but they also convey a startlingly cathartic emotional range. We learn relatively little of the characters that populate Destroyer songs, but equally the minutiae that Bejar does provide is striking in its habit of making relatively minor observations feel like major insights. The desperation of this line makes it the most memorable of its parent song, but ‘Sun in the Sky’ is almost nonchalant for the most part, not least in its stumbling percussion and horns. Patches of grey in a blue summer sky.

In this respect Destroyer records have a habit of linking themselves to all that we love in music’s inherently contrary nature: the antithetical relationship between the innate inability of music to truly change us (or anything for that matter), and the burning conviction that without it we would be completely lost. Daniel Bejar is the songwriter of his generation less because he says what he means than because he means what he says. His slow ascent to the upper echelons of the underground is so unsurprising precisely because, as this latest album aptly demonstrates, Destroyer records speak to what we love about music, even whilst seemingly seeking to make a point out of its inadequacy. This is what makes Bejar such a treasure, and what had made him such a cult favourite.

I find it difficult to believe that, even if Poison Season is not the entry point for you, that there is not a route for you to embrace Destroyer’s perfect imperfection in much the same way. I may not be able to refrain from showing my passion for Bejar’s songs, but the ever-potent worldly wistfulness of Destroyer’s canon means I can vouch for that from as objective a standpoint as I can possibly adopt.