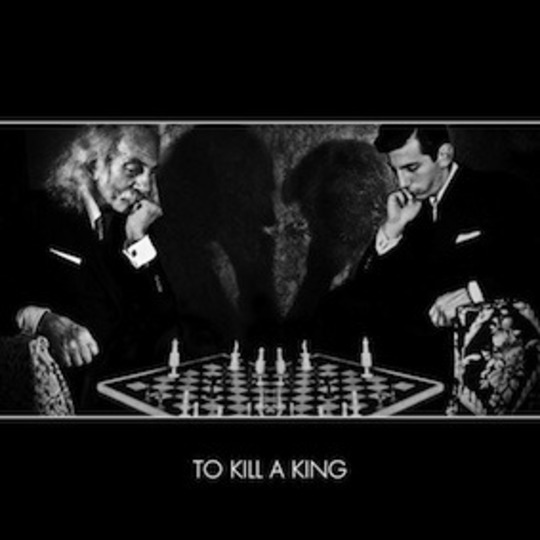 To Kill a King are in a precarious position as they approach their second album. You see, they’ve gone from Bastille collaborators earlier in their career to being forgotten about as their friend went about hitting drums on the front of increasingly large stages across the world. What is it that makes one so popular while the other remains relatively unknown?

The first album Cannibals with Cutlery was a lovely mix of fresh new ideas with the sort of stadium indie that Bastile, Mumford & Sons and Imagine Dragons are milking to such success. The conclusion that I came to with them around that time was that they weren’t quite Radio 1-friendly enough to be taken on the same ride as their contemporaries but they also weren’t dark or creative enough to slowly build a loyal fan base and grow over time. It’s an awkward position to be in as a band and so their second album would either after fully embrace their radio-friendly elements or the shackles would need to come off creatively for them to really make an impact.

Instead what we get with their self-titled second album is more of the same. Opener 'Compare Scars' ticks all the right boxes apart from the one marked originality. It’s just not exhilarating enough to be the sort of track that takes the radio by storm.

It’s a theme that continues throughout the record and inevitably becomes very frustrating. I feel a twinge of guilt for being so critical of a collection of songs that, on the surface of it, I don’t hate. It is a collection of very passable indie tracks, with singalong moments and hooks that occasionally rival the best of their contemporaries. It’s because of their moments of promise that it is so easy to become so frustrated with them. Their gospel-like 'Good Times' is a particularly stand out moment of the album, a rare departure from contemplation into a theme that sounds altogether more celebratory than most of what has come before.

Little else jumps out of the headphones though, and maybe I’m expecting too much from To Kill a King. Some bands are perfectly happy steering clear of totally radio-friendly music while at the same time not really challenging themselves. In the Nineties, or mid-Noughties, To Kill a King might have risen a lot higher up the festival bills than they currently are.

Unfortunately, for many including myself, this will feel like an opportunity missed. This album could have marked the arrival of To Kill a King as something other than another indie band that will fall by the wayside, but instead all it has done has cemented that position. This self-titled album isn’t bad, and certainly far from unlistenable. But in refusing to risk being something other than middle of the road, they have become arguably worse. It’s boring, it’s acceptable and if you gave it to your Mum on Mother’s Day she probably wouldn’t be disappointed. That sort of output is enough for some but just finalises the notion that this band will not change your life.