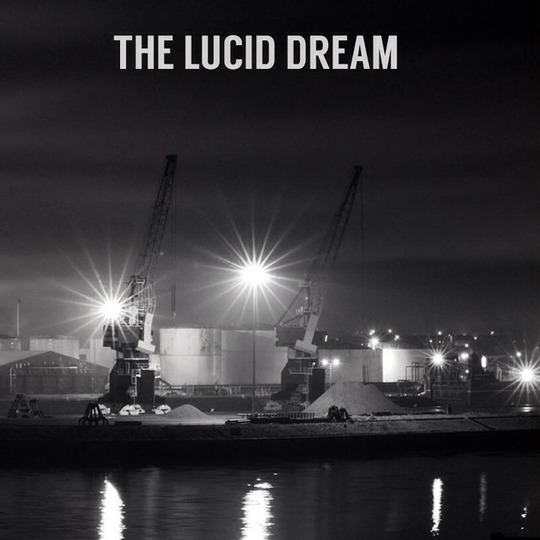 Aside from Wild Beasts and the drummer from The Only Ones, it's difficult to pinpoint any musical lineage to the county of Cumbria. More renowned for being home to the Lake District and Hadrian's Wall, it's little wonder many local artists that do succeed choose to leave the area first.

Carlisle four-piece The Lucid Dream are an exception to the rule. Formed seven years ago in their native city, they've steadily honed their craft from 2010's rough and ready debut Erbistock Mill EP through to 2013's first long player, Songs of Lies and Deceit. Fusing layered, heavily effected guitar sounds with the futuristic punk awareness of Vanishing Point or XTRMNTR-era Primal Scream and general nonchalance of Seventies art rockers Suicide, their incendiary and occasionally visceral take on psychedelia is perhaps more post-modern than the band themselves realise.

Regulars on the psych rock circuit long before it became fashionable; they're the only act to have played all three of Liverpool's International Festivals of Psychedelia since the first one in 2012. Nevertheless, listen to their records in chronological order from that first release five years ago and the progression is there for all to see and hear. Granted, some comparisons are inevitable. For example Spacemen 3 and Spectrum – the latter of who they've shared a stage with – as well as The Black Angels and Darker My Love. However, The Lucid Dream is brimming with diversity throughout its eight pieces and is anything but another psych-by-numbers record as a result.

Laying the gauntlet down from the outset with epic instrumental opener 'Mona Lisa', a captivating, eastern-tinged maelstrom where distortion pedals and tremelo reign supreme. Indeed, if post-rock was reborn for the psych generation it would sound like this. Meanwhile, 'Cold Killer' ploughs a similar terrain to one furrowed many times by Black Rebel Motorcycle Club and their ilk. Driving riffs spring out from its obtuse melody while vocalist Mark Emmerson's dulcet tones steer the musical juggernaut smoothly towards its climax.

The band's experimental side rises to the fore on 'The Darkest Day/Head Musik', a collision of two separate moods that shouldn't work together yet sit like two peas in a pod. While the former despairingly laments a failed relationship ("You say your words and then you're gone") the latter grabs the bull by the horns leading to a crescendo of white noise in its final third. Seguing comfortably into 'Moonstruck' which channels hazy, echo-laden dreampop into a cavalcade of crashing guitars, both the record and its creators ambitious nuances apparent throughout.

None more so than on the audacious 'Unchained Dub', which echoes the spirit of Lee Perry or King Tubby through a psychedelic time machine. Whereas its sister piece 'Unchained' is perhaps the most conventional song on the record in terms of structure as early Pink Floyd meets mid-period Beatles. Once again highlighting The Lucid Dream's unpredictable and at times uncompromising nature, its the nearest they get to "radio friendly" in its understood sense.

Nevertheless, the best is saved for last and in 'Morning Breeze''s hypnotic mantra and the dissonant sixties flavoured lullaby of 'You & I' conjure up visions of Haight-Ashbury in its flower powered heyday. Not that The Lucid Dream could ever be described as hippies. On the contrary in fact, and as this record evidently demonstrates, possess a sophisticated knack of shaping reference points from the past into an exciting blueprint for the future.