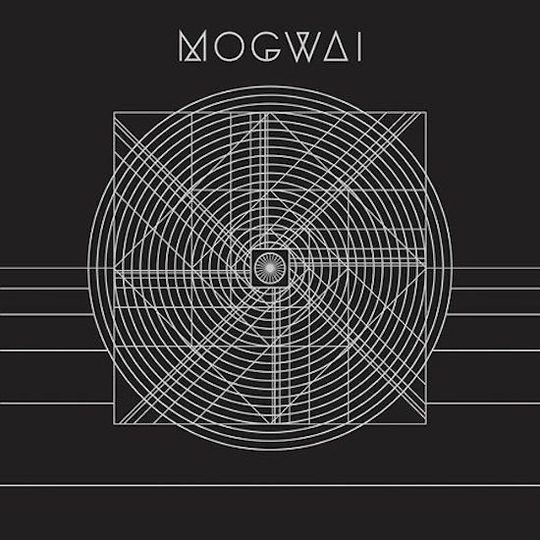 We started this year with a new Mogwai release, and now we’re ending it with one; say what you will abut the Glaswegians, but there’s no knocking their consistency. Perhaps that’s why, despite good reviews and a top ten placing, January’s Rave Tapes might have felt like a mild disappointment. It's a good record, with some gorgeously downbeat standouts - ‘Heard About You Last Night’ and ‘No Medicine for Regret’ spring to mind - but such is the unerringly high standard of Mogwai’s back catalogue, an album that restrained, that low-key, seemed like a slight comedown from the brooding grandeur of last year’s Les Revenants soundtrack and the sheer expansiveness of 2011’s Hardcore Will Never Die, But You Will.

Taking it at face value, this new EP also serves as a continuation of something else that Mogwai have always been good at - tongue-in-cheek titling. Music Industry 3 Fitness Industry 1 features, amongst other cuts, the brilliantly-monikered ‘HMP Shaun William Ryder’, which at once is both hilarious and conjures up some pretty nightmarish visions. That track is one of three new ones here, all of which were plucked from the sessions for Rave Tapes that took place in the Autumn of 2013; given that guitarist Barry Burns admitted to me, in an interview for DiS, that the recording process was a quickfire one that followed promotional duties for Les Revenants and a summer of touring their Zidane - A Twenty First Century Portrait soundtrack, it’s actually a little surprising that they had any songs to spare.

‘HMP Shaun William Ryder’ and ‘History Day’ have both clearly been cut from the Rave Tapes cloth, even if the former, with its spacey synths, sounds like it might not have been totally out of place on Hardcore Will Never Die either; the guitars simmer towards the climax, only really making themselves known during the last minute or so. ‘History Day’, meanwhile, promises something a little different with its beeping beat and piano-driven arrangement, but again, it’s those synths that really stand out - it sounds like a bridge between the last two proper Mogwai studio albums, rather than something that could have adhered to the sonic identity of either one. “Teenage Exorcists” sounds as if it’s come out of leftfield, meanwhile; it’s that rarest of things, a Mogwai track that not only features vocals over its furious guitar work, but that feels as if it’s been arranged pretty conventionally, too.

Making up the numbers, there’s three remixes of Rave Tapes tracks; Blanck Mass’s take on ‘Remurdered’ - ‘Re-Remurdered’ - takes the ominously building guitar of the original and buries it under an unpleasant dirge of a beat that renders it barely recognisable. The Pye Corner Audio version of ‘No Medicine for Regret’, meanwhile, strips things back, removing the guitars and turning it into an electronic composition that’s ultimately no less urgent than the Rave Tapes version. That record’s closer, the heavily-vocodered ‘The Lord Is Out of Control’, doesn’t really strike me as an effort that would lend itself especially well to a remix, but Nils Frahm’s reinterpretation is a neat enough alternative, replacing the dread that drenches the first incarnation with intermittently pulsing electronics.

There’s no real question that Music Industry 3 Fitness Industry 1 is only really going to be of interest to the diehards - the remixes in particular - but it’s a sign of the band’s confidence in their recent material that they saw fit to put out these Rave Tapes misfits in the first place. Even if it’s not essential Mogwai, it’s still Mogwai - the remixes are superfluous, but the unreleased tracks are worth a look.